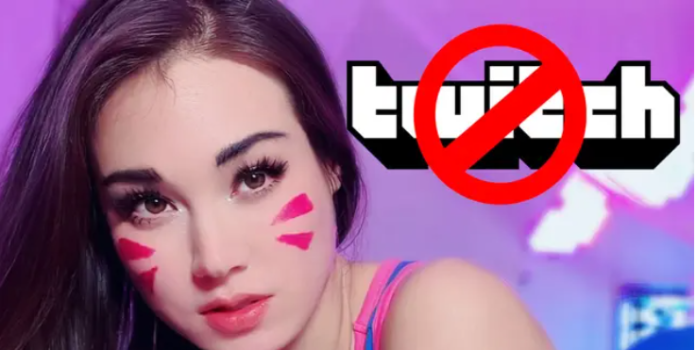 Banned Twitch streamer Indiefoxx has finally revealed the reason why she was permanently removed from the platform, and she is still shocked by it.

Indiefoxx was one of the fastest-growing streamers on Twitch before she was banned from the site indefinitely, amassing more than two million subscribers on the Amazon-owned site with her hot tub and ASMR content.

Like many hot tub streamers, Indiefoxx has had its share of controversy, as she received a whopping six suspensions in 2021, which ultimately led to Twitch deciding to ban her indefinitely.

For more than a year, the reason for the final ban was unknown, but during an appearance on the No Jumper podcast, the streamer, who now goes by the name JenFoxxUwUm, told what happened that put an end to her career on Twitch.

Indiefoxx said that Twitch banned her because of wardrobe problems
In a conversation with Adam22, Indiefoxx explained that it was the first time she was discussing her final ban and that “no one” knew about it.

According to the OnlyFans star, she was wearing yoga pants and participating in an ASMR stream when she had a wardrobe malfunction.

Indiefoxx explained that the trousers she was wearing resulted in her having a “camel toe” and she used toilet paper to stuff it.

“I put toilet paper in there, but because of the seam, the toilet paper shifted to the side, so it looked like I had [a penis] because I was trying to cover it up,” she said. “If I was an employee of a company and I was fired because of my clothes, it would be a situation with the HR department.”

After Indiefoxx was blocked indefinitely, she made efforts to restore her account, but they went unheeded. Most recently, Jen accused the platform of blocking her calls to unban.

While she may not be returning to streaming anytime soon, the creator continues to make big profits through OnlyFans—a platform that she, like other creators, admits brings her much more money than Twitch.

BTS: Butter is About To Hit All Time High on Billboard