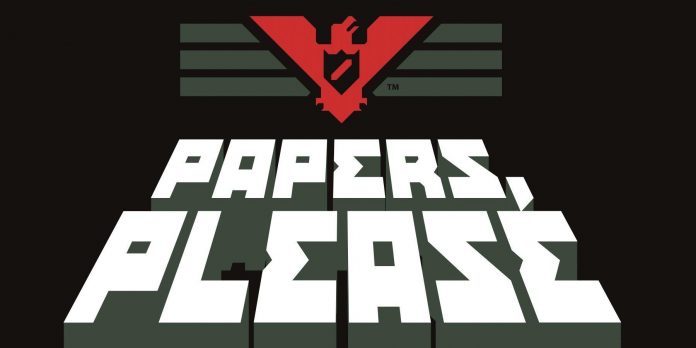 2013 was a busy year for the gaming industry. The Last of Us by Naughty Dog took the stage, gamers experienced the first of many editions of Grand Theft Auto 5, and BioShock Infinite took fans of the series to the city in the clouds. Not to mention the fact that the eighth generation of consoles launched the old “console wars”. Lucas Pope’s independent game Papers, Please, hidden among Triple-A games, has made a name for itself for being bigger than it seems at first glance, and after many years of existence only on PC and PlayStation Vita, the game will debut on mobile devices very soon.

The action takes place in the fictional country of Arstock in 1982. Players act as a clerk at a border checkpoint. The task is simply to check the documents of immigrants wishing to enroll in Arstock, and despite the initial “simplicity” of the work, the difficulty gradually increases as players are given tools to determine whether immigrants are something more than they seem. In the end, players are faced with a moral problem, and more than 20 different endings and an endless mode have captivated gamers for a long time. In the bizarre role of Papers, Please put your players much more than it seems at first glance.

Lucas Pope announced on his personal Twitter account that Papers, Please will be released on mobile devices on August 5. He jokingly added that the console port is being prepared for release in 2031. Given the track record of playing on PC since 2013 and the difficulties of getting to PlayStation Vita since 2017, Pope has a track record of taking his time with the game. Most likely, due to the fact that he made a short film “Paper, please” based on the game.

The announcement of the upcoming mobile port almost coincides with the first release of the game on August 8, 2013 for Windows and Mac. Given the relative ease of management, the mobile port seems to be an ideal situation for the game. Pope spent some time clarifying in the answers that the mobile port would have the same language settings as the PC version, and that it would be a paid application.

Papers, Please was a monumental success, as it eventually received two awards at the 2014 Game Developers Choice Awards for Innovation and another for the best downloadable game. The mobile port should appear in less than two weeks, and a whole new wave of gamers will have the opportunity to experience one of the best indie games of 2013.

Papers, Please is already available on Mac, PC and PlayStation Vita, and the mobile version is due to be released on August 5.