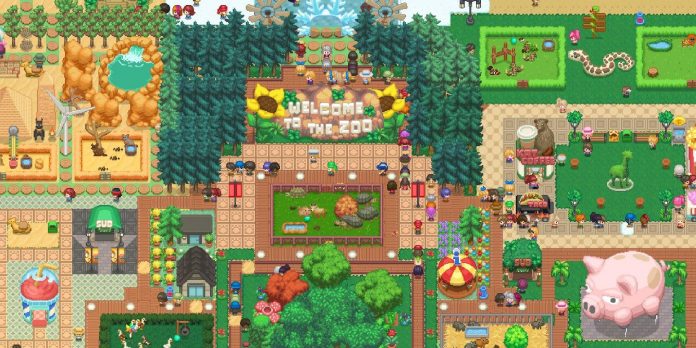 Animal lovers and control simulators are in for a pleasant surprise: Let’s Build a Zoo is confirmed for Xbox Game Pass. The inclusion of the zoo management title is just one of the games that should appear on the Xbox subscription service in the coming months. However, Let’s Build a Zoo is an exciting addition that many gamers may want to check out.

Let’s Build a Zoo has been around for some time. It first appeared on PC via Steam and Epic Games Store in November 2021. However, the indie game developed by Springloaded and published by No More Robots has been unavailable for those who wanted to purchase it on other platforms for the past year. Fortunately, for those who want to take part in the construction of the zoo, the situation is about to change.

In a tweet dated September 15, Mike Rose, director of No More Robots, it became known that Let’s Build a Zoo will appear in the Xbox Game Pass. According to Rose, the game will be available by subscription from September 29.

While this news of the game’s release on Xbox Game Pass is great news for those who want to play this game on Xbox consoles, this is not the only platform on which the game will appear in the coming weeks. In addition, Mike Rose’s tweet notes that Let’s Build a Zoo will be available on Nintendo Switch, PS4 and PS5 on September 29. This means that a lot of new players will have access to the game in just a few weeks. .

As the name of the game suggests, Let’s Build a Zoo is a management simulation game that allows players to build and manage a zoo. However, unlike some other zoo building games on the market, such as Planet Zoo from Frontier Developments, it features a charming pixel graphic style that works very well. In addition, Let’s Build a Zoo allows players to try DNA splicing, which means that, according to the publisher, more than 500,000 wacky animal combinations are possible.

Let’s Build a Zoo is already available for PC and will be released on September 29 on PS4, PS5, Switch, Xbox One and Xbox Series X/S.

Only one member of the DC EU Justice League has a...