Home News India’s Capital Is Covered With Poisonous Smoke : Schools Are On Holiday 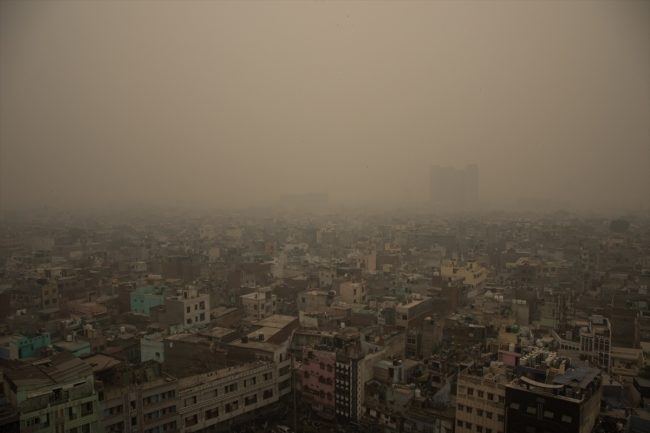 India’s capital New Delhi, one of the countries where air pollution reaches the highest levels, is covered with toxic fumes due to exhaust fumes and industrial emissions. Due to shocking conditions, flights were postponed.

The mega-city, where more than 20 million people live, has similar events every winter. At this point, it is known that poisonous fumes, industrial emissions and toxic fumes that emerge after stubble burning in neighboring farms are caused by the city’s very crowded population.

Schools were holidayed in the city and an emergency was declared:
Arvind Kejriwal, Secretary General of Delhi who shared his Twitter account on the subject, stated that the pollution reached unbearable levels. Due to air pollution, which reduced the living standards of the local people, people started to visit the city with masks. However, many people complain of sore throat and eye burns went to the doctor said.

Flights across the city have also been hampered by air pollution. Air India and Vistara, one of the country’s leading airlines, have announced that their flights are delayed on Sunday or diverted to Delhi airports.

Due to the shocking conditions that have serious health damages, it was announced that the education is on break. Authorities, schools in Delhi until the day of training was suspended until Tuesday, and also announced that all ongoing construction has been stopped. To be effective on Monday in the city to reduce traffic on the single / double plate scheme will be passed and the vehicles will be able to traffic on certain days.

A UN report released last year revealed that 14 of the 15 most polluted cities in the world are in India. In a similar study conducted in the United States, it is announced that one million people die each year due to pollution throughout the country.