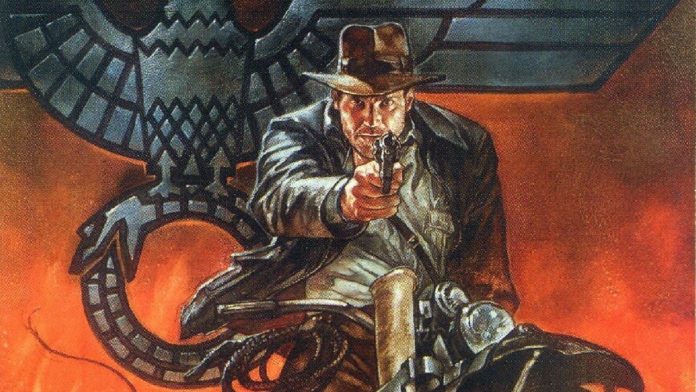 Now that Indiana Jones is making a big splash in the video game world thanks to Bethesda’s announcement that it is working on a new title from the archaeologist by MachineGames, it is a great time to look back at what could have been one of the best Indy games, composing a trilogy with the unforgettable graphic adventures of The Last Crusade and Fate of Atlantis: the canceled SCUMM adventure called Indiana Jones and the Iron Phoenix.

Around 1993, given the good results with Fate of Atlantis, the idea of ​​doing a new adventure game with the archaeologist was pretty clear. A small group was formed to conceive the general concept; Hal Barwood, the development lead for Fate of Atlantis, chose to step aside to focus on other projects and stayed as a “consultant.” In his place came as co-development leaders Joe Pinney (who we have gotten to know better thanks to his extensive work at Telltale) and William Stoneham, sharing the design and art directions between them respectively. Anson Jew, who had worked on the animations for Fate of Atlantis (and who has also participated as an artist and animator in productions such as Full Throttle, The Curse of Monkey Island or Herc’s Adventures), would finish composing the hard core from which the draft.

The general idea was to focus the action in 1947, with a more mature Indy and the Third Reich defeated but kicking through the surviving Nazi officers who escaped the Nuremberg trials, many of them to South America. The plot would revolve around a mythical object: the philosopher’s stone, an object whose possession could resurrect Hitler himself and provide an emerging new Reich with enough uranium to launch a surprise nuclear attack against allied enemies that would defeat them before being able to react. . Along with Indiana, a Russian cazanazis named Nadia Kirov, would play the role of co-protagonist, repeating the play of the dynamic of two protagonists that was already used in Fate of Atlantis with Sophia; with the background of the beginning of the cold war and the growing distrust between Russia and the USA to specialize the relationship. The name “Iron Phoenix” was in reference to the main argument of the restoration of the reich and the desire to resurrect the Führer.

In theory it should have been a clear project. SCUMM was more than dominated and there was no hint of wanting to go on adventures when it came to the engine like The Dig did; the team also had experience and several members of Fate of Atlantis were involved in the project. While no development is easy, it should have been something quite affordable for LucasArts at the time, but a series of misfortunes fell on the game.