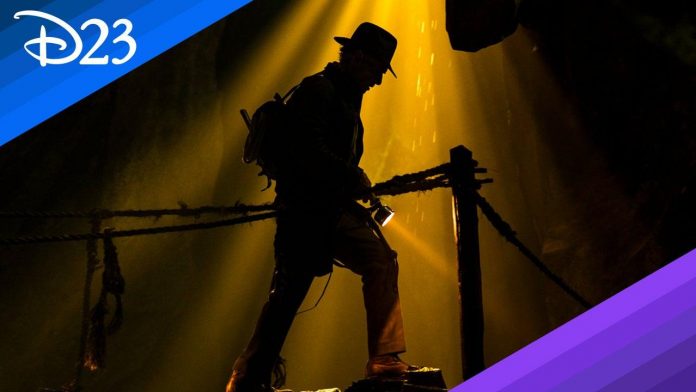 Disney and Lucasfilm have finally unveiled the first trailer for the movie “Indiana Jones 5″, but it has not been published yet.

The trailer, shown behind closed doors at the Marvel, Star Wars and 20th Century Studio panel at D23 2022, showed Harrison Ford’s Indiana Jones walking through the streets of a deserted city, reflecting on his past. Indie teaches lessons while scenes from past movies are shown. The trailer also showed Mads Mikkelsen in a Nazi costume and Harrison Ford riding a horse around New York. The film still has no official title, except “Indiana Jones”.

Filming of the fifth Indiana Jones movie ended earlier this year and should complete the story of Indiana. Directed by James Mangold, it returns to the early roots of the series, according to star Mads Mikkelsen. The Casino Royale star joins Harrison Ford, Phoebe Waller-Bridge and many other actors in this latest chapter for the archaeologist thwarting the Nazis.

We received the first silhouette image during the celebration of Star Wars and learned that this will be the last film of the legendary composer John Williams. Since then, Chris Pratt has denied rumors that after this film he will take on the role of Indie.