Home Entertainment Indiana Jones 5: First Images Of Harrison Ford On His Return As... 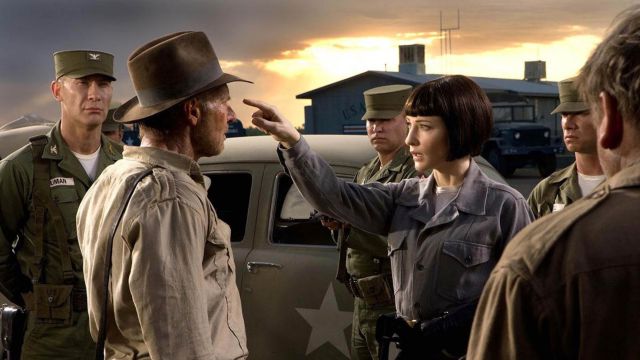 Indiana Jones 5: Filming on the film has started this week and some photographs of the filming set have already been leaked. The years have passed by Indiana Jones as by Harrison Ford, the actor who has played the character in all the films of the saga. What he hasn’t changed is his classic outfit, which includes his hat and brown jacket. We already knew that filming for Indiana Jones 5 was going to begin this week, but so far only footage of the locations had been leaked. However, as published by the IJ Adventure Outpost blog, Ford has been hunted and characterized as the character. In fact, the actor himself has shared photos on the official Facebook of him.

It is quite difficult to determine any details about the plot, since Lucasfilm has kept the script in absolute secrecy. What can be seen is that the interpreter is in a parking lot together with other members of the team. Given the current health situation, all of them wear a mask. The new film is currently being shot at Pinewood Studios in Buckinhamshire. It will also be shot in other UK locations.

Indiana Jones 5 is scheduled to premiere next year 2022. The film will reunite Harrison Ford and musician John Williams, not Steven Spielberg, who will not be the director this time. The saga, with four films behind him in addition to the young Indy series, promises to be the last with Ford as Indiana.

In video games, on the other hand, everything is ready for a new title that is already in development. Lucasfilm Games and Bethesda have partnered to design the product, about which not much is known yet. No platforming or details about the plot and gameplay have been revealed. The only certainty is that the production is in the hands of MachineGames, the creators of Wolfenstein II: The New Colossus, among many other games.