Home Entertainment Indiana Jones 5 Could be the Last Soundtrack to a John Williams... 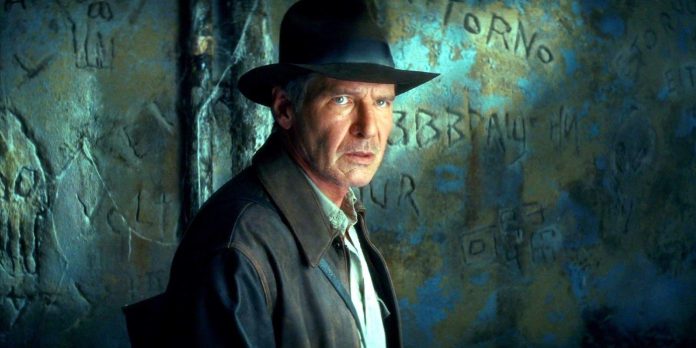 After a legendary 70-year career, “Indiana Jones 5” may be the last soundtrack to a John Williams movie. Although details of the film’s plot have yet to be revealed, it is expected to be Harrison Ford’s last appearance as the eponymous archaeologist and adventurer after leading the franchise for the past 40 years. Along with Ford, the Indiana Jones 5 ensemble includes Phoebe Waller-Bridge, Mads Mikkelsen, Thomas Kretschmann, Boyd Holbrook, Shonette Renee Wilson, Toby Jones and Antonio Banderas, whose roles have not been disclosed.

The development of “Indiana Jones 5” was a thorny road, as original director Steven Spielberg and writer George Lucas struggled to define a new story for the film, and the latter handed the project to Kathleen Kennedy after her promotion to Lucasfilm president. Initially focusing on the Star Wars sequel trilogy, Lucasfilm returned to work on Indiana Jones 5 with a number of writers who came and went, including David Koepp from Jurassic Park and Jonathan Kasdan from Solo: Star Wars. on the production and co-authorship with his duet “Ford vs Ferrari” Jez and John-Henry Butterworth. The filming of “Indiana Jones 5” took place from June 2021 to February last year, and the film is due to be released in theaters in 2023.

Related: Indiana Jones 5 Should Clear Up One Huge Hole in the Crystal Skull Plot

In a recent interview with the Associated Press, composer John Williams spoke about his potential career future. Williams confirmed his current work on “Indiana Jones 5” and said that this could be his last soundtrack to the film, noting the parallel with Harrison Ford, who will last appear as a cult adventurer in the upcoming sequel. See what Williams said below:

“I’m currently working on Indiana Jones 5, which Harrison Ford, who I think is a little younger than me, has announced will be his last film. So I thought, if Harrison can do it, then maybe I can too. I don’t want to be considered categorically excluding any activity. [Laughs] I don’t know how to play tennis, but I like to believe that maybe one day I will.”

While no confirmation has been made that the future of the Indiana Jones franchise may or may not be, Kathleen Kennedy recently indicated that this may be the last film as they won’t be making another movie without Harrison Ford. Kennedy, in particular, compared this way of thinking to the failure of Solo: Star Wars. on a positive note. Ford has not spoken out about his thoughts on future Indiana Jones films, and many of his Indiana Jones 5 co-stars praise his unwavering dedication to the physical character of the character making the new film.

Williams’ hint that “Indiana Jones 5” could be his last soundtrack to the film is sure to disappoint many fans of the five-time Oscar winner. At the same time, many are probably ready for his possible retirement, given that his cult career has already included the Indiana Jones and Star Wars franchises, as well as the first two Jurassic Park films and the first three Harry Potter films. Audiences are looking forward to Williams’ iconic sounds when “Indiana Jones 5” hits theaters on June 30, 2023.