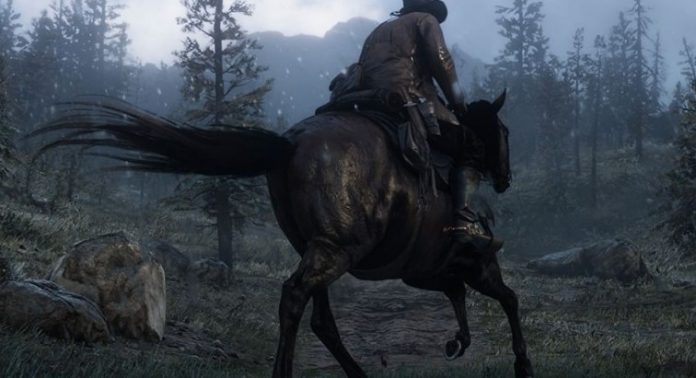 Unlike its counterpart from Grand Theft Auto, Red Dead Redemption 2 is an immersive experience that’s on its own. An incredible but heartbreaking story, many side missions and challenges, as well as a huge open world that players can explore, make Red Dead Redemption 2 a game worth trying to this day.

However, this does not mean that there are no flaws in the game, since it also suffers from a fair share of errors and failures. They can range from harmful, game-breaking problems to much more tame and hilarious moments, such as the fall of John Marston from Red Dead Redemption 2. The fact is that sometimes immersion can be disrupted, and the player feels that the game is a little unrealistic.

These crashes can sometimes affect innocent companion horses in the game, such as one Red Dead Redemption 2 horse coming out of the ground. However, when there are no problems, horses and their movements become some of the most impressive and realistic in the game, especially when players switch to a first-person view while riding. This was recently shown in more detail by a Reddit user who was engaged in horseback riding, noticed the realism and wanted others to appreciate it too.

Reddit user Facial_Fetuss was able to appreciate the realism of the game horses thanks to his personal experience; this led to the fact that they put together a clip in which riding from the first person in the game is compared to real riding. The results showed that horse riding in the game was clearly researched. For example, the camera and the horse swing up and down in the game, simulating the movement of a real horse. In addition, the horse’s hair and mane are very similar to the real horse shown in the video. Just as Sadie Adler’s horse reflects her character in Red Dead Redemption 2, so the horses in the game reflect real horses.

Other users commented on the post agreeing with Facial_Fetuss, while praising the realism of Red Dead Redemption 2 and condemning other franchises for their poor craftsmanship. One user, who was obviously well acquainted with horses, noted that the anatomy of horses, as well as their gait, which varies depending on the breed, were particularly impressive features that were mostly not captured in other games. Other users congratulated Rockstar and the game on its horses, especially compared to the horses from Assassin’s Creed: Valhalla and Ghost of Tsushima.

Despite the poor performance of horses in other games, Facial_Fetuss managed to show once again that the horses in Red Dead Redemption 2 are almost unparalleled in terms of realism. As other fans make incredible stencils of Arthur and horses for Red Dead Redemption 2, it becomes clear that players appreciate this level of detail; let’s hope this will be carried over into future Rockstar projects, as anything approaching this level of realism will surely pay off.