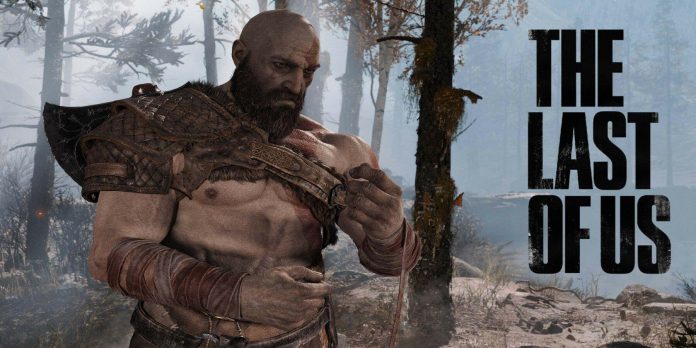 Since God of War was released on PC, the modder community has been working hard, making unforgettable changes to the critically acclaimed game. A recent trend has led to the exchange of God of War character models becoming popular, and The Last of Us franchise is the latest property to appear in the Scandinavian world of Santa Monica.

Other mods have created some memorable scenarios, such as Master Chief Halo fighting Kratos. In the expansion of this mod, the Executioner of Fate confronts the beloved Spartan from Halo, and a more unexpected mod pays homage to the Pirates of the Caribbean. Although few fans could have expected to see Davy Jones fighting Jack Sparrow when the PC version of God of War was announced, this strange crossover perfectly shows that anything is possible with mods.

However, The Last of Us is an especially good choice for the God of War mod, since both narratives are based on the relationship between parent and child. Joel is great for Kratos, and Ellie is good for Atreus. Although the mod sounds great on paper, it looks even better in action: youtuber Omega Fantasy demonstrates part of God of War after its transformation into The Last of Us. According to the content creator, this video would not have been possible without the God of War modders known as HitmanHimself, Marcos RC, Jordan and Darknessvaltier.

The video begins with Joel chopping down a tree like Kratos, although instead of Leviathan’s axe, he owns an upgraded pipe, which shows how much effort was spent to make this mod as accurate as possible. Soon after, Ellie appears in her trademark red shirt and backpack from the original game. Although it’s strange to hear Joel’s character model speak in the voice of Christopher Judge rather than Troy Baker, the footage is interesting, especially when a Stranger appears.

Instead of Baldur from God of War, Joel faces the always creepy David. Considering what David put Ellie through in the first game, and the fact that Joel wasn’t there to kill him for her, it’s nice to see how he got his revenge. Although both move like superhuman gods rather than ordinary people during the collision, the collision eventually ends with Joel breaking David’s neck, as Kratos does with Balder. With other great touches in the video, such as music from the soundtrack of The Last of Us and clickers replacing Draugr, there is something to appreciate.

With God of War: Ragnarok still scheduled for 2022 and The Last of Us Part 1 just a few months away, both franchises have exciting content in development. Those who want to see what the combination of the two series will look like should watch this video from Omega Fantasy.

God of War is already available on PC, PS4 and PS5.