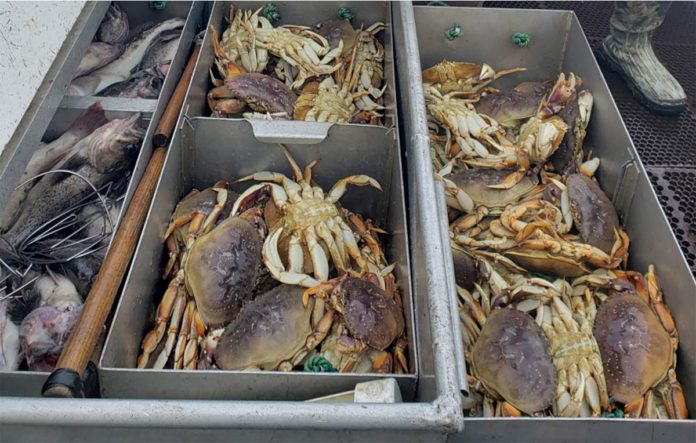 A study by the National Oceanic and Atmospheric Association (NOAA) reports that the acid level in the Pacific Ocean is rapidly increasing. Increased acid level causes crab shells to melt.

Dungeness crab is vital for the seafood trade in the Northwest Pacific, but low pH levels in the habitat melt the crabs of the crabs and damage the sensory organs. The results are not surprising, but the authors of the study stated that the damage to the crabs occurred earlier than expected, and they could not predict that the increase in acid level would damage crabs so quickly.

The increased acid level of the ocean, according to researchers, is eroding the shells of Dungeness crab larvae that deter predators and regulate their ability to move in water. The crab larvae, which dissolve in the shells, become smaller than other larvae. Melting of the crabs of the crabs can cause developmental delays, which can impair their maturation rate.

The increased acid level of the ocean melts the calcium carbonate that forms the shell of most organisms . Organisms with exoskeletons are sensitive to excess acidic water because calcium carbonate shells are in direct contact with acidic ocean water. In addition to crabs, creatures such as oysters and plankton are also adversely affected by acid. Of course, other creatures that feed on them are also in danger.

Damage to sea creatures will not only affect the Pacific ecosystem; At the same time, the economies of cities that make a living with seafood in the Northwest Pacific can be affected. Researchers emphasize that the carbon footprint needs to be reduced to reduce the carbon dioxide absorbed by the oceans.

Elon Musk will write the story of Tesla and SpaceX