Home Tech In what order to watch the Marvel universe series 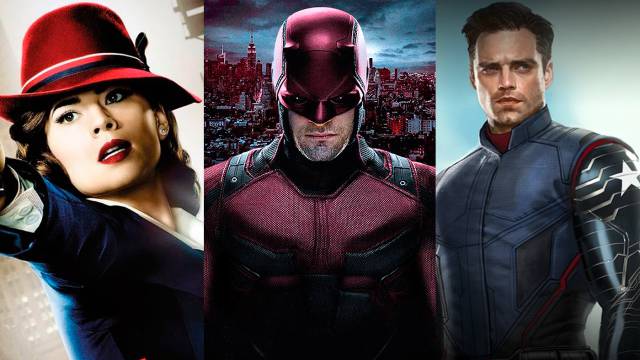 On the occasion of the premiere of WandaVision, we reviewed the specific order to see all Marvel productions on television; including Disney +.

Beyond the most varied Marvel film adaptations, from the most current Marvel Studios and its successful UCM to the Fox mutant films and many others from the past such as Hulk, Daredevil or Blade, among others, there is a whole universe of its own of television series that have been broadcast in recent years on different channels and platforms through divisions such as Marvel Television or collaborations with Netflix, to which we must add the next Marvel Studios series for Disney + as part of its Marvel Cinematic Universe. On the occasion of the premiere of Scarlet Witch and Vision (Wandavision) this January 15, it is time to know the recommended order to see these television productions.

Below we offer you all the series ordered chronologically and by universes, from the most veteran of ABC as Agents of S.H.I.E.L.D. Even the most successful Netflix movies starring characters as famous as Daredevil or Punisher, without forgetting other adaptations such as Agent Carter, the maligned Inhumans, Runaways or Cloak & Dagger for teenagers or the upcoming Marvel Studios adaptations for Disney +, with names as powerful as The Falcon and the Winter Soldier, WandaVision, Loki, Hawkeye or She-Hulk, among others, series that will be interspersed among the next cinematic releases of the UCM as part of it.

We leave you with the order of the Marvel series and its different universes according to the broadcast platform.

The Falcon and the Winter Soldier S1

iQOO U3x 5G introduced! Here are the features and price