Home Entertainment In What Order Should The ‘Pirates Of The Caribbean’ Movies Be Viewed? 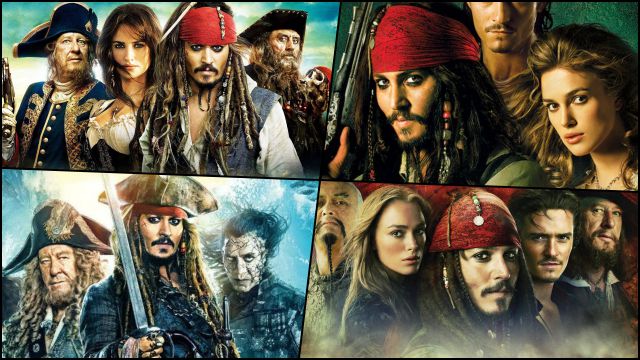 Pirates Of The Caribbean: There is no better time than now to enjoy the ‘Pirates of the Caribbean‘ adventure saga. Is there a specific order to see them? We tell you. More than fifteen years ago, Disney dared with a new movie about pirates and adventures. ‘Pirates of the Caribbean: The Curse of the Black Pearl’ was released on the big screen to revive classic cinema in a renewed way: with pirates and love, but without violence or sex.

Disney, who had to somehow compensate for its dislike for blood and sexual relations in a movie starring pirates and Keira Knightley and Orlando Bloom in their splendor of both acting and symbols of beauty, dared to give it a new twist that made the film pure and simple entertainment for all audiences: humor as a guide to the plot. And for that the character of Jack Sparrow (played by an unbeatable Johnny Depp) had the greatest role.

The success of these productions, as a whole, is undeniable. If we count the five films – despite the fact that the critics have been gradually declining until they have reviews that border on suspense – gross income worldwide places this film franchise at more than 4522 million dollars; of which more than 1,745 million dollars correspond to the North American market. In addition, Dead Man’s Chest is at number 32 of the most successful films at the box office of all time, which is not exactly small. Currently, they can all be seen on Disney +.

Order to see the ‘Pirates of the Caribbean’ movies