Home News In the US Capital, Authorities reported a “security threat” 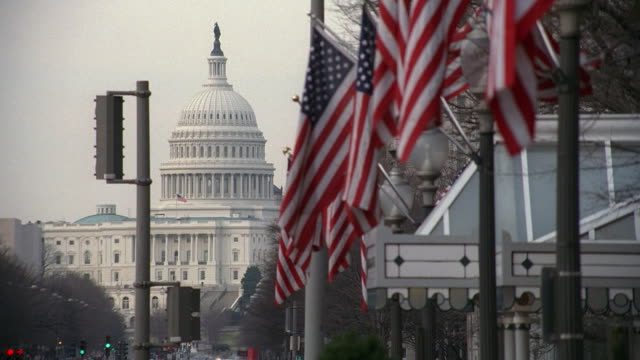 Authorities said the Capitol was closed due to an “external security threat” after a fire broke out in a nearby area outside the complex.

The United States Capitol was closed and the inauguration rehearsals were interrupted by an “outside security threat,” as video footage showed smoke rising near the building.

However, the fire turned out to be at a distance that did not present a new threat to the compound.

Rehearsals for Joe Biden’s inauguration ceremony were interrupted Monday by an “outside security threat,” according to loudspeaker messages heard by witnesses.

The nature of the “threat” was not immediately apparent, but the building was quickly closed, entry and exit prohibited, and people urged to seek shelter.

Video footage appeared to show smoke rising from behind the Capitol, before it reportedly dissipated several minutes later.

The DC Fire Department later stated that a fire had broken out on a nearby street, but was quickly extinguished.

“This explains the smoke that many have seen,” the department announced.

Alert at the US Capitol

Emergency scanners suggested the fire broke out at a homeless camp several blocks from the Capitol. Police released a statement saying the Capitol was closed for “plenty of precaution” after the fire.

“There is no threat to the public,” the Secret Service later announced.

Later, Capitol Police said in a statement that the lockdown had been lifted and the nearby fire contained.

Security on Capitol Hill has been increased before Biden’s inauguration. Biden’s team had already planned a scaled-down ceremony, citing the Covid-19 threat, but after the pro-Trump riot on Capitol Hill earlier this month.