Home Game In the update to the 40th anniversary of Microsoft Flight Simulator, new... 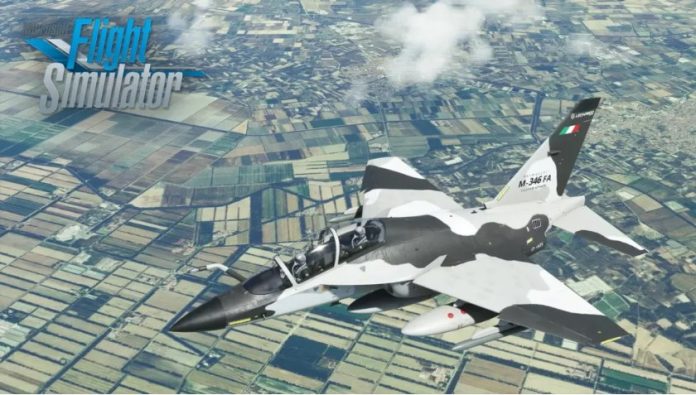 The new update adds helicopters, gliders, new airports and other features requested by the community.

Why it Matters: Microsoft Flight Simulator has provided game and simulator enthusiasts with some of the most impressive visuals and accurate recreations of aircraft available since its release in 1982. Recently, the company celebrated the 40th anniversary of the simulator with another multifunctional update, expanding the already choice of aircraft, airports and locations. It also includes FSR and DLSS updates to provide users with the best visual experience.

Microsoft released the first version of its flight simulator, Microsoft Flight Simulator 1.0, in November 1982. The simulator allowed players to pilot a Cessna 182 in the Chicago, Los Angeles, New York and Seattle areas. The release not only amazed users in the early 1980s, but also helped set the standard for realistic flight simulators for decades to come.

Forty years later, Microsoft is still releasing new technologies and new content for aviation enthusiasts around the world. Earlier this week, the software giant from Redmond, Washington, released the latest version of the series — Microsoft Flight Simulator 40th Anniversary Update. The update adds a number of new features and updates to the already successful Microsoft Flight Simulator 2020, including the Airbus A310, several helicopters and helipads, gliders without an engine and even historical aircraft such as the famous Hughes H-4 “Spruce Goose”.

Players can experience stunning visuals and realistic game mechanics by taking free flights around the world or completing one of the pre-created game missions and tasks. The 40th Anniversary Edition offers aviators new challenges and missions, such as the Wright brothers and the first flight to Kitty Hawk, the first flight route of the US Airmail Service in 1918 and the famous flight of Charles Lindbergh from New York to Paris.

The new release also includes glider missions and tutorials for players who want to experience the feeling of flying without an engine. These training and missions include aerial towing, winch launch training, basic control, thermal identification, and other skills vital to successful glider flight.

The simulator continues to provide users with amazing detail and access to any part of the world, no matter how remote it is. At the time of the release of the anniversary edition, the game offers a detailed recreation of more than 37,000 airports, two million cities and more than one and a half billion buildings and structures on realistic game landscapes. A full list of new additions, features, and bug fixes is available in the 40th Anniversary Edition release notes.