Home Entertainment In the sequel to Jon Snow’s Game of Thrones, 5 perfect villains 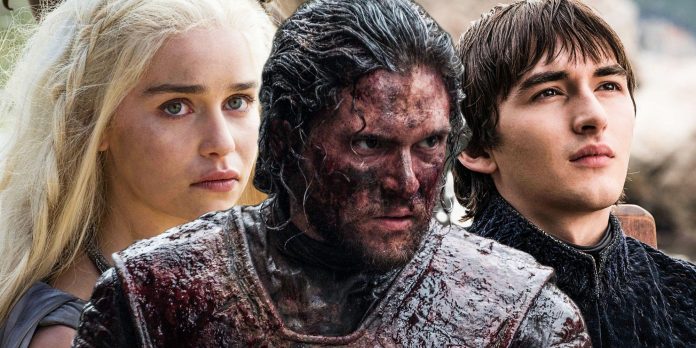 The sequel to Game of Thrones, dedicated to Jon Snow, is currently in development, and there are several options for who could be the villain of the series. In an unexpected report, it turned out that Kit Harington is participating in the Jon Snow spin-off, which takes place after the events of the 8th season of Game of Thrones and with another, yet to be announced creative team. Like any other announced Game of Thrones spin-off other than House of the Dragon, Jon Snow’s sequel is still in the early stages of development, although Kit Harington’s involvement and the importance of the character suggest it could become a reality sooner than before. then.

Prior to the announcement of the Jon Snow series, all other Game of Thrones spin-offs in development were prequels to the main plot of A Song of Ice and Fire. Despite the criticism, the 8th season of Game of Thrones looked like a real finale and tried to complete all the important storylines, which made it difficult to predict whether there would be a continuation of the series. In particular, Jon Snow’s story seemed complete as the character decided to renounce his Targaryen birthright and any ties to Westeros politics.

The short—lived Long Night and the relative ease with which the Night King and the White Walkers were defeated is one of the most criticized moments of the 8th season of Game of Thrones, especially because the series has been teasing the Great War since its pilot. In the end, it was “game of Thrones”, played by Cersei and Daenerys, that became the final battle of “Game of Thrones”, and not a conflict with the undead. However, Jon Snow’s spin-off has a chance to turn the situation around by showing that the King of the Night and his creations were only part of a much greater evil.

In the ASOIAF novels, R’glor’s followers, such as Melisandre and other Red Priests, believed that the Lord of Light had an equally strong opponent who represented his complete opposite. While the Lord of Light represented fire and life, the so-called “Great Other” represented cold and death. The books never gave the impression that there was a physical incarnation of the Great Other, but Melisandre believed that the Others, who are called White Walkers in Game of Thrones, are the creations of this Great Other. A spin-off series about Jon Snow could embody this concept if Jon encountered a new creation attributed to the Great Other.

Bran made sure that everyone knew, including the Stark family, that he was no longer Bran, but a Three-Eyed Raven. However, in the most controversial decision of the finale, Bran became king at the end of Game of Thrones, leaving the question of why the Three-Eyed Raven was interested in taking care of the politics of Westeros. Even if there was no hidden meaning in the storyline of Bran becoming king, Jon Snow’s spin-off could use it as an opportunity to establish that the Three-Eyed Raven actually poses a threat to the world when he is given the power to rule all of Westeros. The goals of the Three-Eyed Raven have never been clearly stated, especially in the book, which makes it an excellent concept for further study in the sequel to Game of Thrones. Not only would this make for an interesting clash between the brothers, but it could also make the Game of Thrones finale better in retrospect.

There are several characters in A Song of Ice and Fire that were not in Game of Thrones, and one of them is related to the story of Jon Snow. Val, also known as the “wildling princess”, was one of the many people Jon Snow connected when he was behind the wall with the free people. Val was the sister of Mance Rayder’s wife, and therefore she was always close to the most important decisions made by the King Behind the Wall. Val is described as fearless and has leadership abilities, which could make her an interesting character to discover Jon Snow. Obviously, Val’s appearance after the end of “Game of Thrones” would have greatly changed her story, since she appeared since the second novel “A Song of Ice and Fire”, but it could still work.

Liverpool vs Man City Squads: Youth and Experience Have Reached a...