Home Entertainment In the Pokemon anime, there is still one big question that needs... 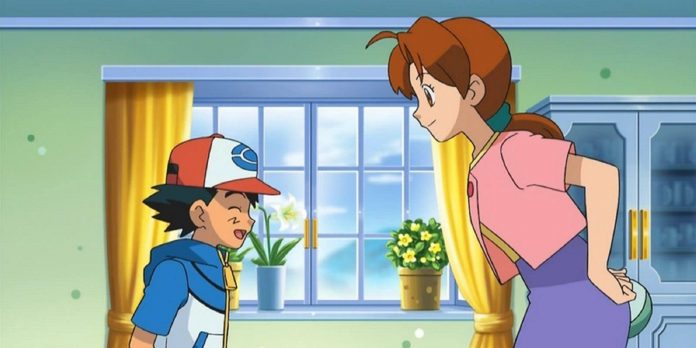 The Pokemon franchise began with the Pokemon Red and Blue video games, but has since expanded to include collectible cards, manga, movies, and television. Ash Ketchum, one of the main characters of the TV series, has become as recognizable as many Pokemon. Although he has enjoyed worldwide fame for many years, the series has yet to reveal who his father is, which has led fans to put forward their own theories.

Ash managed to survive as a character because it’s easy for fans to communicate with him, as he goes through the same experiences as gamers when playing Pokemon games. His endless persistence and love for Pokemon make him an attractive protagonist through and through, and he illustrates the best way for people and Pokemon to live together harmoniously. Future Pokemon episodes should explore Ash’s family and reveal who his father is.

Who is Ash Ketchum’s father?

Throughout the Pokemon franchise, Ash Ketchum has been the main character of the anime. In many ways, Ash is similar to the creator of Pokemon, Satoshi Tajiri, and in Japan, Ash shares the name Satoshi. As a child, Satoshi was very fond of collecting insects, which mimics how Ash is obsessed with catching as many Pokemon as possible. Ash is ten years old from Pallet Town, and after he gets his first Pokemon, Pikachu, from Professor Oak, he goes on a quest to become the greatest Pokemon master.

During his journey, he is joined by several friends who come and go, including Misty from Cerulean City Gym, Brock from Pewter City Gym, and Go, obsessed with Mew. Ash is also constantly supported by his mother, Delia Ketchum, who usually has a Mr. Mime who helps her around the house. There have been several episodes featuring Ash’s mother, and she even gets a relatively large role in Pokemon 3: The Movie. However, this never happened to Ash’s father, and his identity remains a mystery.

It’s strange that nothing was ever mentioned about Ash’s father, since later seasons of Pokemon weren’t afraid to tell backstories to long-time characters. Pokemon Journeys tells the story of the origin of Pikachu, revealing how the beloved creature originated from Pichu and where it lived before meeting Ash. A lot of important information about Ash was also revealed, including in Pokemon: XYZ, which shows the origin of his love for Pokemon.

With no official answers from the anime, Pokemon fans tried to piece together information to formulate their own theories. One of the most popular theories claims that Giovanni, the leader of Team Rocket, is Ash’s father. Through the prism of this theory, Giovanni sends Jesse and James to catch Pikachu, not because he believes that these clumsy members of Team Rocket can do it, but because he wants them to look after his son. Some more outlandish theories claim that Mr. Mime is Ash’s father, and this theory is fueled by how much time Delia spends with Mr. Mime. This would mean that Ash is half human and half Pokemon.

As the Pokemon franchise continues, fans may see Ash’s father revealed, although it will take a long time to explain why he hasn’t been featured in the frame for so long and hasn’t been mentioned once. Despite this, both Ash and Delia seem to be doing fine without him, and he even managed to win the Manalo Conference in Alola. Although his father wasn’t around, people like Professor Oak were always there to serve as his mentor, so even without his father, the Pokemon protagonist still enjoys a lot of support.

Trato Feito: 10 Similar Series for Those Who Are Fans of...