Home Entertainment In the open world of Gotham Knights, there is one feature that... 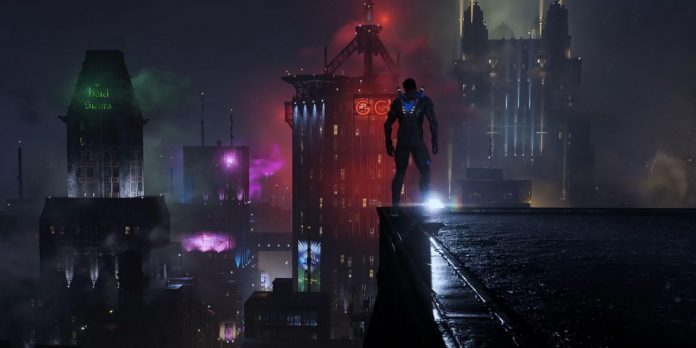 Gotham Knights shared brief glimpses of their Gotham City with an open world, and sometimes with a lively dynamic image representing the iconic landmark in it. This, as well as the announcement that Gotham Knights has the largest open-world Gotham in gaming, demonstrates that players will have plenty of opportunities to explore and navigate as they pursue the Court of Owls. Fast travel will be available, although players are also encouraged to ride batcycles or use the unique vehicles of each game protagonist to get around.

Random crimes will flourish in the island areas of Gotham, in which players will participate every time they leave the Gotham Knights Bell Tower hub. But as for where the other attractions will be and why, only brief information about the game map was provided with associated waypoint markers and other icons that are currently indistinguishable. Rather, Gotham Knights has a curious feature that seems somewhat out of place in a city like Gotham: pedestrian NPCs who casually walk at night.

In the open world of Gotham, there are ordinary pedestrians

There is nothing strange in the fact that the open world of the superhero game is visited by its own citizens, especially if the action takes place in a large urban city. For example, Marvel’s Spider-Man adequately reproduces the hustle and bustle of New York City pedestrians.

In fact, it may be more noticeably curious when there are no people around, unless such absence is resolved. Batman: Arkham Knight, the first Rocksteady Arkhamverse game set in real island areas of Gotham, logically solves the problem of a shortage of citizens through citywide evacuation. WB Games Montreal’s own Batman: Arkham Origins explained the absence of citizens with a curfew due to a snowstorm, but there is no such inclement weather in Gotham Knights.

Instead, many of the open-world streets in Gotham Knights look completely sparse, and fans wouldn’t be mistaken if they thought that the townspeople would be completely hidden to make the player’s sandbox completely open to them and the enemies they encounter. But they would be wrong.

Gotham Knights recently shared another look at a nearby Gotham neighborhood called Otisburg, where Robin approaches a crowd of carefree pedestrians on the street. Given the fact that Gotham is traditionally portrayed as a cesspool of criminal activity, and that supervillains and factional gangs obviously abound in Gotham Knights, this is a curious feature that needs to be included for a number of reasons.

What Civilian NPCs Can Mean for Gotham Knights

Perhaps, in some areas, pedestrians decided to put their streets in order, assuming that otherwise they would be empty. With no real reason why pedestrians should stay indoors, WB Games Montreal may have decided that it would be pointless not to have at least a few crowds of NPCs here and there.

But with the resurgence of crime after Batman’s absence, it seems silly that citizens would go out at night, especially if players might encounter factional gangs all over the city. One possibility is that citizens can repopulate the territory after the players rid it of the presence of the faction gang, but this is purely speculation. This would be great for building a world, although this is an unlikely outcome, as these games usually require an infinite resource of enemies to chase in order for players to level up. The features of the Gotham Knights RPG will certainly depend on the gangs of factions present everywhere, even after players complete the villain’s quest line.

Therefore, it is strange that pedestrians are present at all. It’s unclear why NPC pedestrians are visible in some places and not in others, so hopefully Gotham Knights will be able to explain why when it comes out next month.