Home Entertainment In the Most fitting tribute to Star Trek, Nichelle Nichols and Ash... 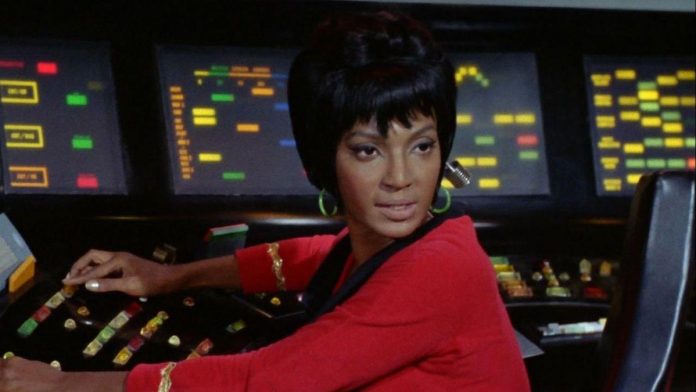 On July 30, 2022, Star Trek actress Nichelle Nichols died at the age of 89. Nichols played Nyota Uhura in “Star Trek: The Original Series” and the first six “Star Trek” films, and also travels through space with the character as a participant. From the USS Enterprise, Nichols herself worked with NASA to promote the agency’s programs and help recruit more women and minority astronauts. So it’s fitting that Nichols’ ashes are being sent into deep space.

Kyle Johnson, the son of Nichelle Nichols, provided part of his mother’s ashes to be sent into space on a rocket known as the Vulcan. – known alien species. The rocket will be launched later this year, and before sending Nichols’ ashes deep into the Solar System for this Enterprise mission (see what they did there?), it will drop a robotic lunar module on the Moon, which will be used as a scout for future flights of NASA’s Artemis to the Earth’s natural satellite. Nichols fans can visit the Celestis Memorial Spaceflights website to share messages in honor of the late actress that will be “digitized and launched” as part of this trip. Johnson said in a statement:

I’m sure she would have preferred to take the shuttle, but it was a pretty close second.

Nichelle Nichols is the last known person associated with the Star Trek franchise whose ashes were sent into space. It also happened to co-star James Doohan (who played Montgomery “Scotty” Scott), Star Trek creator Gene Roddenberry, Roddenberry’s wife Majel Barrett (who played number one in the first pilot of the Star Trek: The Original series called “The Cage” and later starred as Kristin Chapel among other roles in the franchise) and visual effects creator Douglas Trumbull. Nichols’ ashes will be accompanied by samples of her DNA and her son’s DNA.

A few days after her passing, many “Star Trek” icons paid tribute to Nichelle Nichols, including William Shatner and George Takei, who co-starred with her in “Star Trek: The Original Series” as James Kirk and Hikaru Sulu, respectively. Whoopi Goldberg, who played Gainan in Star Trek: The Next Generation, also shared a heartfelt response to Nichols’ departure from The View, and Zoe Saldanha recalled when she first met Nichols and the advice she gave when taking on the role of Uhura. for the “Star Trek” movies set on the Kelvin timeline. Shatner, Takei and Walter Koenig, who played Pavel Chekhov, are now the only surviving members of the main cast of the original series.

Nichelle Nichols’ work in the “Star Trek” franchise can be viewed on a Paramount+ subscription. You can also see Seila Gooding playing a younger version of the character in Star Trek: Strange New Worlds, which will return for a second season next year.

Forza Horizon 5 Introduces Its Dynamic Weather; The Most Varied and...