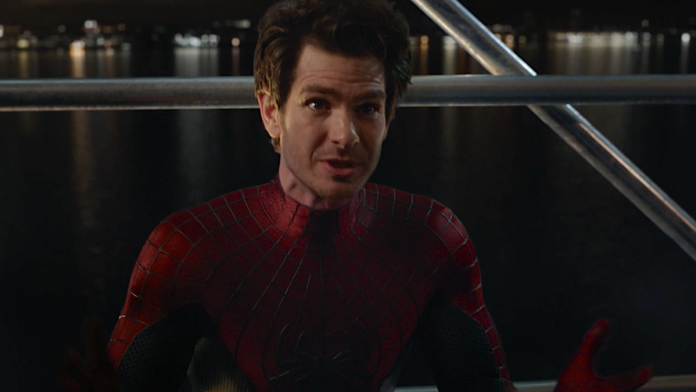 It was the moment Spider-Man fans of all ages were waiting for. Three generations of actors who played Peter Parker and his costumed alter ego, Spider-Man, united for the first time on the screen to make history thanks to the John Watts film “Spider-Man: There is no Way Home.” After the third Spider-Man movie dominated the box office, and tickets sold worldwide totaled $1.9 billion, the blockbuster returns to theaters on September 1 with 11 minutes of additional footage so that fans can experience joy again. Consider this the perfect way for Spidey fans to close out the summer screening season… and to celebrate, Sony has presented us with an exclusive behind-the-scenes clip featuring Tom Holland, Andrew Garfield and Tobey Maguire. Enjoy “Heroes Reunited!”

There are so many things that I, as a rabid Spider-Man addict, like about this clip, starting with the fact that all three actors claim to be Spider-Man. It’s like a verbal representation of a classic meme pointing to a Spider. You can tell how much these three actors genuinely enjoy each other, enjoying the glow of a shared experience that only they have — playing Spider-Man in a major motion picture.

As Tom Holland notes in the clip, the role of Spider-Man has always been his “dream role”, so he considers the opportunity to star in a film with actors Tobey Maguire and Andrew Garfield “mind-blowing”. Since the concept was so tempting, it definitely seemed like teaming up was inevitable… even despite all the Hollywood obstacles that had to be overcome for this meeting to take place. (And if you’re interested in learning all about how to get to Spider-Man: There’s No Way Home, can I recommend an upcoming book that traces the entire Hollywood history of Spider-Man (opens in a new tab)?) the words are:

Who are we to starve nerds like us of this beauty?

They didn’t, and now we’re looking forward to this great movie night, so make sure you buy tickets for the “Spider-Man: Home No” version of the More Fun Stuff. This may be the last time we see Spider-Man on the big screen for some time, as the character has not been listed in any announcements of upcoming Marvel movies. There may be some confirmation of the fourth Spider-Man movie directed by Tom Holland at D23, although this is a Disney event. Or maybe we’ll just have to wait patiently for the animated movie “Spider-Man: The Year of the Freshman,” which will be released on Disney+ sometime in 2023. Stay tuned for more information when we have it.