Home Entertainment In Skyrim, the problem with the population in prisons 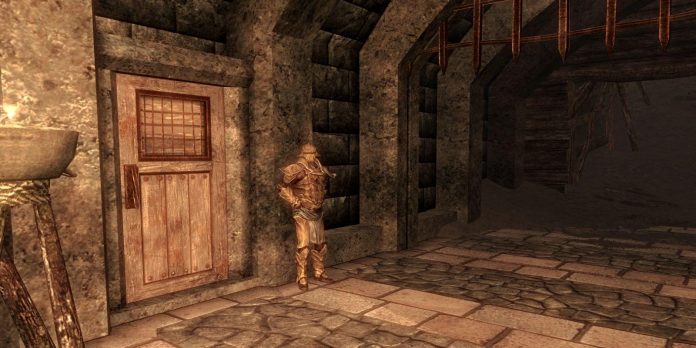 The penal system in Skyrim is almost the same in all nine holds of the game world, where shockingly short sentences indicate a systemic problem with the prison population of the province. Even the most heinous crimes committed by the player lead him to one of the small prisons in the region for just a week. Evading sentencing by paying a fine regardless of the crime committed is a dubious legal policy, but in fact it can be a sad result of the fact that the prison system is constantly overcrowded with prisoners.

Although it was probably designed in such a way as not to interfere with the gameplay, the Skyrim prison system makes no sense in the ways criminals are punished. Being able to rehabilitate yourself by paying a fine to the first security guard who arrives at the scene essentially makes any crime legal for the upper class, given that they are willing to literally pay the price. In addition, a player cannot be sentenced to a term exceeding seven days. The dragonborn, who arranges a series of murders and almost destroyed an entire city, locks them up for a maximum of a week.

One of the few plausible explanations for such a confusing system of punishments is that the province of Skyrim is so cluttered with crime that the number of prisoners is extremely large, so the prisons themselves actually work on the principle of revolving doors. The fame of the Thieves Guild in Skyrim is a good indication of how little power has control over rampant crime. There must be so many prisoners entering the system that the guards have no choice but to limit the sentences to seven days so that the prisons do not overflow.

Prisoners are an expensive burden for the State; everyone must be housed, clothed and fed, while bringing no value to the local economy. The money for the maintenance of prisons most likely comes from taxes, but prisons in Skyrim are mostly small and run by a few guards. Since crime seems to be a widespread problem, it seems that prisons are being deliberately made inadequate. Instead of the state exercising due diligence when incarcerating criminal offenders, it seems to be doing the bare minimum. Skyrim allows players to be bad guys up to a certain point, but never strictly punishes them for it — so where did all the money from taxes go?

Somewhere along the service chain, funding for proper crime control in the province appears to have declined. The Jarls live in luxurious homes, and every city has an extensive security service consisting of well-equipped guards ready to destroy criminals, not rehabilitate them. It seems that fines will become a popular alternative to imprisonment, but none of the places of imprisonment benefits from this additional cash flow. Open warfare has probably exacerbated social problems in the province, but criminal activity in Skyrim receives minimal attention from the state.

Voldemort and Grindelwald: who is more dangerous?