Home Entertainment In season 3 of “Boys,” the oldest joke about the Flash gets... 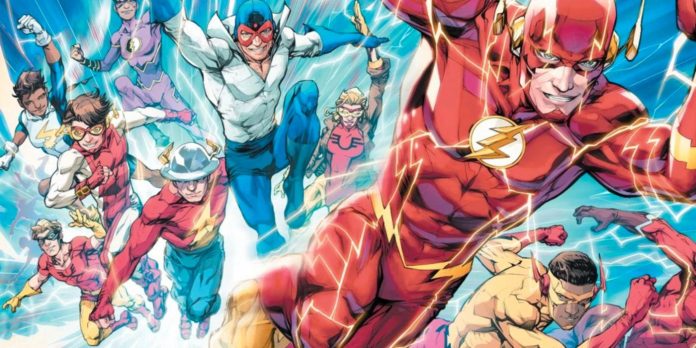 Warning: this contains spoilers for the third season of The Boys

The third season of “Boys” refers to the oldest joke related to the Flash, and makes it much darker than usual. While many aspects of “The Flash” are often played out for drama, this particular joke, on the rare occasions it comes up, is usually intended solely for laughs. Thanks to this, the influence of The Boys, making such a mundane joke gloomy, turns out to be even greater than usual.

In the third season of “Boys,” it turns out that A-Train has to eat 30,000 calories a day to maintain his superspeed. This detail, of course, is a reference to the old joke about the DC superhero Flash, where anyone who is a speedster has to eat an incredibly large amount of food every day, because his super-speed gives him an inhumanly fast metabolism. This joke is not often mentioned in Flash stories, but when it happens, it mostly serves as an excuse to joke about Barry Allen, Wally West or other speedsters with big appetites.

While “Flash” always portrays speedsters who eat a lot of food for a laugh, “Boys” make the joke much more serious and maybe even sad. Unlike The Flash, when A-Train puts forward this idea in Boys, Anthony Starr’s Homelander continues to insult and ridicule A-Train for becoming fat and sloppy and trying to use his powers as an excuse. This adds a much darker element to the joke than usual, especially due to A-Train’s ongoing struggle to maintain its status as the fastest person in the world.

This issue also adds another layer to A-Train’s legitimate health issues in season 3 of The Boys. As a result of an overdose of Compound V, A-Train’s heart problems have developed to such an extent that he can no longer use his superspeed. , or he may die. Because of this, a Homelander making fun of A-Train for eating a lot of food and apparently gaining a lot of weight is probably hitting him even harder because it not only adds another health problem to him that he has to think about, but also creates a different view of the way he was. responsibility for the destruction of his career.

Flash speedsters have to eat a lot of food because of their super speed – this is a very old and harmless joke, but the Boys managed to make it much darker than usual. Not only are the Homelander’s comments about this clearly being used to take down A-Train, they even relate to his ongoing struggle to stay the fastest man alive, including the fact that using his abilities could actually kill him now. Apart from being gloomy, it’s just impressive that The Boys were able to do so much with what was originally such a little joke.

Wendy talks about her favorite music and her recommendations