Home Celebrity In Rosalia Elite? The story behind the failed camera in the Netflix... 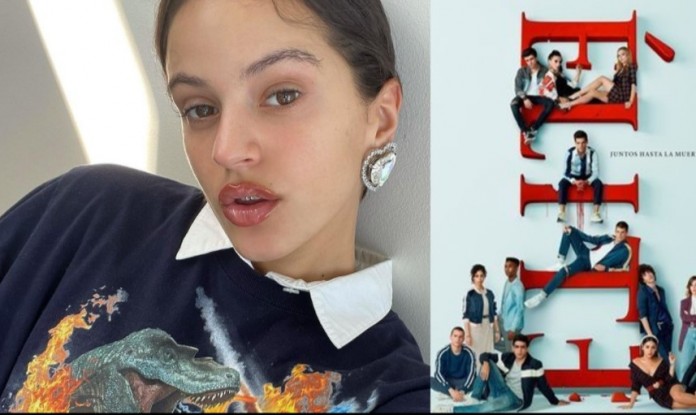 Rosalía would have a star appearance in Elite, but something happened that her cameo was thwarted. Check out why she didn’t appear on the popular Netflix series.

Elite was going to have the participation of one of the most important stars in music: Rosalía. Everything seems to indicate that the singer had confirmed her cameo in the popular Netflix series where she would appear singing in the sixth episode of the fourth season. In fact, the chapter was going to be called ‘El Mal Querer’, the same title as her second studio album and the one that brought her to international fame.

According to the media ‘El Confidencial Digital’, the Spaniard left the producers of the program “planted” from one moment to the next. Filming began in August 2020 and concluded in January 2021. Since the recordings began, the singer’s surprise cameo was planned for that season. Who replaced Rosalía in Elite?

Who replaced Rosalía in Elite?

According to information from the aforementioned medium, the producers of Zeta Studios, responsible for the series, had to make changes to the plot and looked for an artist to replace Rosalía so as not to alter the story. In fact, the publication shared documents, including the script of the chapter, where you can see a dialogue between Ander and Patrick.

In the conversation of both characters it can be seen that they are excited to go to Rosalía’s concert, however, that conversation never came out in ‘Elite’. And even the title of the chapter was modified, since at the beginning it was called ‘El Mal Querer’, but currently it bears the name ‘I love you badly’.

While Rosalía was replaced by the singer Ambar Lucid. With the appearance of the American interpreter, the producers created an atmosphere in the style of ‘Euphoria’, which sparked conversation among the followers of ‘Elite’, who were fascinated by the song “Fantasmas”.

‘El Confidencial Digital’ indicated that Rosalía’s cameo would be a “coup” for the series and, with it, maintain the expectation of viewers after the characters of Ester Exposito and Danna Paola disappeared from the plot. However, the absence of the Spanish did not have any negative effect on the Netflix program, which was placed in the top 10 of the most viewed during June 2021.

Although there are still a few months until the premiere of the fifth season, Elite will return to the Netflix catalog on December 15 with ‘Brief Stories’ that will tell the adventures of the characters during Christmas. The performances of Georgina Amorós, Claudia Salas, Omar Ayuso, Itzan Escamilla, Pol Granch, Manu Ríos, Carla Díaz and Martina Cariddi will also be seen.

5 unique things we miss about Chen