Home Entertainment In Red Dead Redemption 3, there should be GTA 5-style robberies 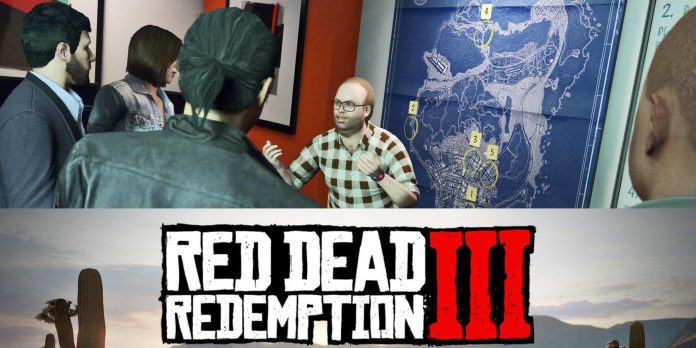 Rockstar Games is well known for its two most successful series, Red Dead Redemption and Grand Theft Auto, which give players a sense of freedom in a huge open world. Although the action of the games can take place in different eras, they have a lot in common: from playing for a person breaking the law to the ability to rob, kill or injure almost any NPC. However, one big difference between the latest games, Red Dead Redemption 2 and GTA 5, is that the latter has a complex and enjoyable robbery system that allows players to plan robberies together to get a huge influx of money.

Red Dead Redemption 3 is not going to be released in the near future, but this does not prevent fans from speculating about what will happen in the next game of the legendary series. One of the key features that will perfectly suit the setting and style of Red Dead Redemption is the robbery system, which can allow players to plan their own robberies, from examining the target to choosing the best way to get money. A special system of robberies in Red Dead Redemption 3 can open doors for players who are struggling to get a stable flow of money or quickly increase their level of fame.

The Wild West is the perfect setting

With the setting of the Red Dead games, it’s not hard to imagine that the main cast will probably plan robberies. There were robberies in Red Dead Redemption 2, usually train or bank robberies, but they were never planned by the player, but rather hatched by one of Arthur’s associates. This takes away a lot of freedom, especially if players prefer to remain anonymous and stay away from shootouts. With the ability to plan a robbery, players could choose the best route to enter and exit, dictate how to handle a robbery, and even hire or select the right people to work with.

The Wild West is a dangerous place, and although people may feel safe in cities, these places are often the target of many bandits. Thus, while GTA 5 may have revolutionized the series with its robberies, Red Dead Redemption already has the perfect setting for this. From tricking bank tellers to let the player into the vault, to riding with weapons at the ready and taking as many hostages as possible, customizable approaches to robberies can depend on the city, the player’s level of fame or the presence of a rival gang.

The Dutchman as a game character

With Dutch as the main character, players will have much more control over the gang’s decisions, so it will be necessary to add robbery planning. Throughout Red Dead Redemption 2, players learn about the past work done by the gang, this is played out in the Van der Linde origin story would be interesting, but allowing players to control the narrative would be even more enjoyable. Adding a robbery system to GTA 5 means that players will control Dutch as a leader, able to find a good job and make his gang happy.

Red Dead Redemption 2 showed the world how a prequel can effectively develop a story without detracting from gameplay or characters. It’s the perfect balance of gameplay and cinematic experience, which is why many fans are already eagerly awaiting news about Red Dead Redemption 3. If the game is announced, the addition of a robbery system will give players much more control over their gang and may mean that the game either gives players control over Dutch as he makes decisions, or allows players to create your own gang. Anyway, the robbery system from GTA 5 is an exciting feature that could be included in Red Dead Redemption 3 to make robberies more time—consuming, enjoyable and at the same time useful.

Red Dead Redemption 2 is available for PC, PS4 and Xbox One.