Home Entertainment In other games, you should take notes from the creator of the... 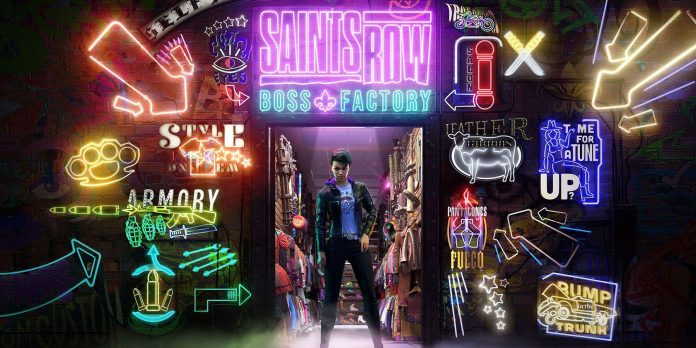 One thing that has always distinguished the Saints Row franchise from other open—world games is the many customization options it provides to players. The Saints Row reboot is no different. Players can change almost every aspect of their character to create the perfect boss. Everything from weight and hairstyle to the exact size of various body parts and the personality of the character. This is one of the most powerful tools for creating characters in games, and other video games should pay attention to this.

Character creation is nothing new for video games, but Saints Row always seemed to take it to the next level. Players love creating their own characters in video games, from wild aliens to exact recreations of themselves, and this ability has always made the Saints Row franchise special. Controlling the appearance of a player character is often a very powerful tool and one of the reasons for the popularity of MMO’s such as World of Warcraft. Many players want to have the freedom to create the character of their dreams, and more video games should offer that choice.

The Saints Row series has always been known for its powerful character creator, who only got stronger with each new installment. The first Saints Row gave players the opportunity to create their own character, which led to quite funny creations. It was much calmer and more realistic than the later parts of Saints Row, but it was still very special. While other open-world games, such as Grand Theft Auto, forced players to play the role of certain main characters, Saints Row allowed them to play the role of anyone they could imagine.

Saints Row 2 gave players much more control over certain aspects of their character, but Saints Row: The Third took it to a new level. Almost everything was customizable, and players could create the most daring creations. They could run like chrome behemoths with unique personalities that really set the third game apart. Saints Row 4 has pretty much the same character creator, but in the newest game, Saints Row is perhaps one of the deepest character creators.

Players can customize almost every aspect of their character in the newest Saints Row game, and they can change the look whenever they want with the brand new Style app. Almost everything is connected to the slider, which gives players control over everything from the forehead and the shape of the eyebrows to the veins protruding from the muscles of the characters. They can even control their character’s modesty level and the type of teeth in their mouth. They can create a completely unique character for themselves, from which other open-world games can benefit.

Other games should use similar character creators

There’s something special about being able to create a player character, and that’s helped make Saints Row a pretty popular franchise. Players want to see themselves in the lead roles and want to be able to go crazy with editing tools that many games don’t have. There are other games like Cyberpunk 2077 that give players control, but in many games the player is tied to ready-made avatars developed by the studio. While this can lead to great characters like Arthur Morgan from Red Dead Redemption 2, it can also lose something for the player.

Giving players control over a finished character makes the studio’s work a little easier, because it can better write a story around that character, and it doesn’t have to spend resources on creating a deep creator. Players have also come to love a wide variety of video game protagonists over the years, and there is definitely a place for these types of characters. However, sometimes players also want to just roam around in the image of the character they created, and more games should offer this.

Saints Row Character Creator is one of the best custom features in games. It allows players to create the characters they want and be who they want to be in these open-world playgrounds that can seem very special. The gaming industry needs more games that give players that kind of power, and Saints Row sets the standards.

Know when the premiere will be broadcast on Netflix