Home Entertainment In Obi-Wan, we get a completely aged Hayden Christensen, right? 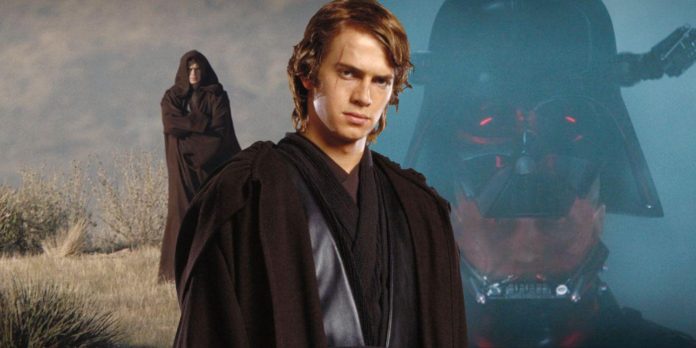 As Darth Vader makes himself felt, the likelihood increases that Obi-Wan Kenobi will rejuvenate Hayden Christensen with the help of computer graphics for Anakin Skywalker’s memories. One of the most hyped elements of Obi-Wan Kenobi is the return of the man who played Anakin in the films “Star Wars: Episode II — Attack of the Clones” and “Star Wars: Episode III — Revenge of the Sith”. Despite the fact that his performance in the prequels has been widely criticized, Star Wars fans have largely forgiven Hayden Christensen, and now he is not only popular, but also welcomed by Obi-Wan with open arms and real excitement to see what he will bring to the table. Darth Vader.

Episode 3 of Obi-Wan Kenobi in this regard, at least partially. It is here, after being teased in the previous issue, that Vader and Obi-Wan (Ewan McGregor) meet face to face for the first time since the end of Revenge of the Sith, that is, after 10 years in the universe, when Anakin stayed. for the death of his old Jedi master. Obi-Wan, episode 3, shows how much has changed in the decade since then, and the balance of power has changed radically. Obi-Wan is now much weaker than Darth Vader, partly because he hasn’t been so connected to the Force or in action for so long, and partly because Vader has been getting more powerful.

By topic: What does Hayden Christensen look like as the unmasked Darth Vader

Even though Obi-Wan Kenobi has a lot of great Vader actions, not so much in terms of meeting Christensen, who is mostly hidden, except for a brief glimpse of his unmasking as Vader in the bacta. tank. That’s understandable for the story, but it also doesn’t fully explain Christensen’s return if he’s either masked or beyond recognition for most of his screen time. This is a difficult hurdle to overcome, since the version that can be seen in the tank is what Darth Vader looks like right now, but there is a good chance that Obi—Wan will rejuvenate Christensen for some new scenes with Anakin, set during the Star Wars prequels. This would better explain his return and allow the actor to be seen on screen — albeit with some computer work — much more, and would be in line with where Obi-Wan’s story is heading, as it develops their relationship and prequels much more.

Even before Darth Vader fights Obi-Wan Kenobi in the third episode, he makes his presence felt by the Jedi. Obi-Wan sees Anakin in the desert, a vision of his former padawan that shows how hard the memories of what happened are, especially when he found out that Anakin is still alive as Vader. The vision is an important moment, not least because that’s how Obi—Wan remembers Anakin and thinks of him as if he had never seen Vader’s suit at that moment. Given the importance of memory, this suggests there may be something more to Obi-Wan Kenobi, adding a new context to their relationship and making their new rivalry more emotional. And while this shot is shot from a great distance and appears only briefly, anything that goes into detail may require the ageless Christensen to be completely convincing and go back to how he should look. Star Wars has a history of rejuvenating actors, and so far it’s been done in both live performances with Luke Skywalker, so it would just continue that trend if Christensen was rejuvenated for Anakin.

When the actors were rejuvenated in Star Wars, doppelgangers were usually used on the set, and their faces were supplemented with computer graphics; for example, in the 2nd season of The Mandalorian and the 1st season of The Boba Fett Book, Luke Skywalker was played on set by Max Lloyd Jones and Graham Hamilton, respectively, although Mark Hamill was present, both played in scenes for reference so that body doubles could better copy his manners, and the first was filmed on the installation for special effects, to better capture his face with different lighting and angles, so that it can be better reproduced using computer graphics. “Boba Fett’s Book” went further with deepfake technology (which was not as advanced in the second season of “Mandalorian”), which requires submitting countless images in order to then create a digital match with a person’s face.