Home Entertainment In fact, you can install a larger SSD for the Steam Deck 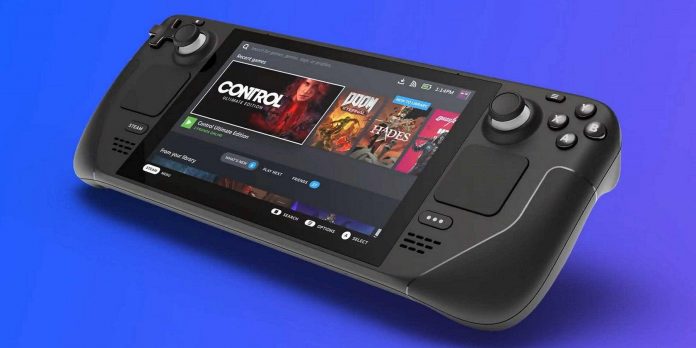 Released in February, the Steam Deck has become a topic of discussion in the world of mobile games, and everyone agrees that this is a really interesting device capable of playing Steam games on the go and ushering in a new era for portable consoles. A month after the launch, Valve asked for feedback on the deck, and frequent updates keep the system in great shape. It turns out that the device is not only universal, but also configurable in ways that the developer may not have planned.

According to a recent Hot Hardware report, a Twitter user known as TheSmcelrea managed to physically change his Steam deck. Several photos show an open piece of equipment exposing the printed circuit board. In fact, they updated the solid-state drive M.2. The one that comes with the system is a 2230 solid-state drive, whereas instead the user inserted a 2242 solid-state drive, which has a higher read and write speed. Despite the new physical size, the modder was able to put everything back together without any problems and without any load on the cables.

By default, Steam Deck uses NVMe or eMMC storage capacity, depending on the model purchased. The cheaper model has 64 GB of eMMC, and the average and more expensive – 256 GB and 512 GB NVMe, respectively. The report goes on to say that the version 2242 installed by TheSmcelrea is more common than the version 2230 shipped with the device. In this case, it may mean that if others try to make such modifications, it will be possible to install a larger hard drive at a lower price than the more expensive deck models.

People often mess with new equipment after its release. For example, one user managed to connect an AMD graphics card to the Steam Deck, just to see what would happen. Considering that the device was running on a desktop GPU, it showed an increase in gaming performance. However, it was certainly cumbersome, which, in fact, made it a less mobile device, but in any case it was just a fun experiment.

The developer of The Deck claims that his mobile device is a universal machine. Now that Valve is offering Windows support for the device, Steam Deck is showing itself to be something more than just a gaming console. Of course, this is its main attraction, but from the very beginning it has always been advertised as a mobile PC, which distinguishes it from the likes of Switch.