Home Entertainment In Call of Duty: Warzone 2 there are fortresses with AI enemies 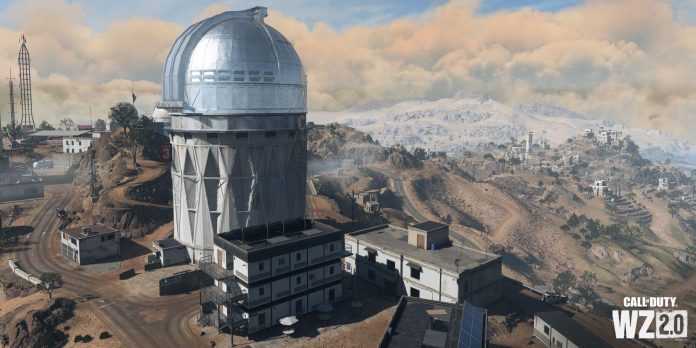 Developer Infinity Ward announced that Call of Duty: Warzone 2 will feature fighters with artificial intelligence and special access points with artificial intelligence called Strongholds, which house important endgame-level functions, such as non-standard firearms. It seems that the developer is focused on reviving this particular variant of COD in a variety of ways, and the upcoming changes may well turn out to be much more significant than many expected.

While Call of Duty: Warzone 2 is the first COD to experiment with hybrid PvPvE on such a large scale, the original Warzone also dabbled in special events and map functionality. The fact that the sequel to the popular Battle royale will have large tracts of land hosting armies of AI enemies should make it all much more dynamic and interesting, although all of this should also be completely optional.

The opening of the Al Mazrah map for Warzone 2 was also used to introduce the concept of Strongholds, which serve as small AI-infested dungeons that players may or may not interact with. Namely, although conquering a Fortress does mean getting a pile of loot and opening a special Gunsmith shop with individual weapons, players may find that dealing with a Fortress in some cases is more trouble than it’s worth. Although the AI guarding Strongholds will not actively seek conflict, it can be extremely aggressive, not to mention other players who also use the opportunity to intervene.

Activision Blizzard and Infinity Ward shared some important COD disclosures during the Call of Duty: Next event, helping gamers understand how the game will behave in motion, and Warzone 2 is a crucial element of this equation. Previously completely unknown with strange leaks here and there, the new gameplay of Modern Warfare 2 demonstrates a huge variety of mobility and customization options, all of which will be present and taken into account in the Battle Royale game mode.

Now that the AI fighters have also been confirmed, players should be able to form a relatively clear picture of what awaits them in the game. But the main gameplay loop of Warzone is only part of the equation, as COD:NEXT also confirmed the fact that Warzone 2 will have a DMZ mode at launch, offering an experience similar to what can be found in Escape From Tarkov. Since artificial intelligence bots will also be a major part of the demilitarized zone, perhaps this is what prompted Infinity Ward to include them in other areas of the war zone.

In fact, AI bots will also be in the GULAG of Warzone 2, which will make them an extremely important element of the gameplay in all directions. It will be interesting to see how Infinity Ward adjusts the AI’s behavior and whether its presence in regular matches will be too depressing not to disrupt the normal course of this round.

Apex Legends Season 12: Respawn Reviews The Main Content Of Your...