Home Entertainment In Call of Duty 2024, there should be two settings, as in... 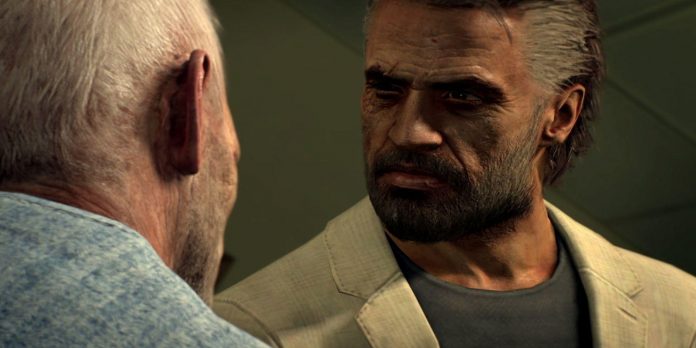 Call of Duty fans may be focused on the upcoming Modern Warfare 2 at the moment, but there have also been leaks online about the next Treyarch game. If they turn out to be accurate, players will see another entry in the Black Ops series, which could potentially have a setting of the Gulf War. However, another rumor suggests that a significantly different setting will be used, as an authoritative insider mentioned that the next Treyarch game is taking place in the near future.

While a game set in the 1990s and a game set sometime after 2022 will be very different in terms of their technology, tone, and general type of warfare, Treyarch has already combined two different eras into one game with Call of Duty: Black Ops 2. Since this game’s campaign is incredibly popular due to its two time frames, as players fought in war zones in the 1980s and 2025, similar tactics can and should be used with Call of Duty 2024.

Although the Call of Duty 2024 setting, dedicated only to the Gulf War, is likely to bring a new cast of characters, since Jason Hudson will be dead and Frank Woods will be crippled during the Gulf War, he can still bring back Alex Mason. If Treyarch wants to canonize the ending of Call of Duty: Black Ops 2, in which Alex Mason survives Menendez’s plan, then the Gulf War can be used to explain where Mason was.

The ending of Black Ops 2, in which Mason survives, leaves a big gap in his story, as Frank Woods was shocked to learn that his comrade was still alive. Although Mason is obviously too old to fight, when he reappears in 2025, as he will be around 92 years old, he will probably have an interesting story. After all, there must be a reason why he allowed Woods and his son David to believe that he had been dead for more than 30 years, since it would make little sense for him to keep this information a secret.

Perhaps the CIA gave Mason a mission, and his importance forced him to hide and maintain the illusion that he was killed. However, regardless of the reason for his disappearance, the game that fills this gap in the timeline will be exciting. Mason was only 57 years old during the Gulf War, so although he was older, he could well have participated in this conflict. Also, a return to Mason’s story might make sense if it somehow relates to a new threat that his son David has to contend with when the players once again control the father-son duo.

A villain on a par with Raul Menendez

Raul Menendez is the reason the Call of Duty: Black Ops 2 campaign and its two timelines work, as his backstory is so closely tied to Woods and Mason, creating a rivalry that spans decades. This not only causes David Mason to have a personal dislike for Menendez, but also motivates the player to kill him, since Menendez killed or injured some of his favorite characters. In addition, it allows Menendez to have a much deeper backstory than other Call of Duty villains, as players witness his tragic origin story firsthand.

Menendez is the reason for the beginning of a blood feud with Woods and the Mason family, as he is responsible for the fact that Woods was locked in a cargo crate along with dozens of corpses. Due to the lack of food and water, complete darkness and a terrible smell that had to be dealt with for a long period of time, Woods was no longer the same person after he was rescued. Deep hatred for Menendez led to the fact that he lost control during the mission to destroy him by throwing a grenade at the antagonist. This led to the death of Menendez’s sister, which put him on a path that led him to lead a terrorist movement in 2025. By tricking Woods into killing Mason, maiming Woods, and then killing Hudson in front of young David, Menendez was a cunning enemy who had a huge impact on the chronology of Black Ops.

Call of Duty 2024 can create a villain as strong as Menendez using dual timeline tactics. Alex Mason could have faced this enemy during the Gulf War without being able to destroy it. In 2025, this villain may return, inspired by Menendez and the Cordis Die movement. This explains why Mason returns when he returns during the good ending of Call of Duty: Black Ops 2, as he may have key information to tell his son about the next threat. No Call of Duty villain can compare to Menendez, as even icons like General Shepard and Vladimir Makarov lack the depth of the main enemy of Black Ops 2. Using a similar approach to the narrative in Call of Duty 2024, Treyarch may be able to bring back the same magic of Menendez.

In addition to creating a strong villain and explaining Alex Mason’s disappearance, Call of Duty 2024 with two settings would mean a greater variety of weapons and maps. Not only could players use Gulf War weapons like the M16 and FAMAS, but they could wield the futuristic Call of Duty: Black Ops 2 weapons again.

BTS’s Jimin and ASTRO’s Cha Eunwoo Are Currently The Most Popular...

Rumor: The next Nintendo Direct may be released at the end...