Home Entertainment In an image from season 6 of “Young Sheldon,” Missy reunites with... 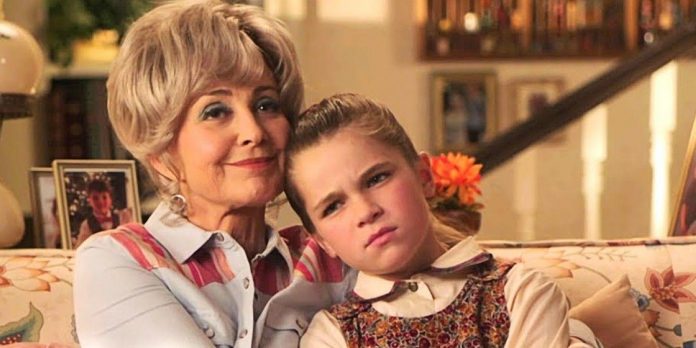 In addition to the Cooper nuclear family, Young Sheldon also shows considerable interest in Mimo. Mary’s mother lives right across from Sheldon’s house, which makes her accessible to everyone. In season 5 of Young Sheldon, Georgie started working for her, as he decided to drop out of school. Since then, the couple’s self-service laundry has been thriving. But while her business is booming, Mimou’s personal life is suffering after Dale broke up with her. To make matters worse, in the season 5 finale of Young Sheldon, she and Georgie were arrested at the border for smuggling cigarettes for their enterprise.

In the new image of the 6th season of “Young Sheldon”, Mimo reunites with Missy. The picture posted by Annie Potts on her official Instagram account was taken when she and her on-screen granddaughter Reagan Revord spent some time between filming breaks. In the caption, the veteran actress announced that she had officially returned to work on the prequel “The Big Bang Theory”. Take a look at the image below:

The cast and crew of “Young Sheldon” have been returning to work for some time. Reagan shared the first images of Missy in season 6, after which it became known that the Coopers would return to the church, despite the fact that the parishioners and Pastor Jeff turned away from the family. A behind-the-scenes shot of a young Sheldon also showed a noticeably older Sheldon. This last image doesn’t give much away, and it’s hard to gauge exactly what happens during the scene, but it somehow confirms that even though she and Georgie were arrested at the end of season 5 of “Young Sheldon,” Mimo will find a way to reunite with Missy. But how and when is still unknown.

As Georgie’s situation with Mandy continues, Mimo will probably be more involved in their affairs in the future. Having experienced the same thing when Mary and Georgie unexpectedly became pregnant, she already has an idea of how to navigate the situation. This became apparent towards the end of the fifth season of Young Sheldon, as she was the only one who ever gave Mandy a real helping hand throughout this ordeal. That’s why, from time to time, Georgie’s girlfriend opened up to her more easily than anyone else. Beyond that, however, it looks like Mimo will help deal with Missy’s own troubles in the new season of “Young Sheldon.”