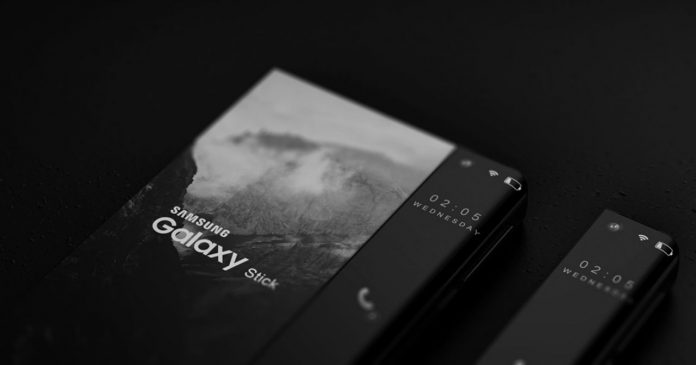 Normally, we come across many smartphone concepts. The new addition to these, the Samsung Galaxy Stick, has a very impressive and innovative design. The main logic of the phone concept, which was created by an industrial designer named Pranab P Kumar, is that the OLED screen on the phone is folded into a mechanism and collected in the form of a roll. Although the same designer has many technological design concepts, the Galaxy Stick concept looks really stylish.

There is an “ordinary” design line in smart phone designs. First there were key phones. Many phone brands have started to release key phones. After the first touch screen phone, technology giants switched to touch screen phones. Designed unlike phone manufacturers that follow similar technologies, these concepts become impressive.

Considered for Samsung, the Galaxy Stick design offers a harmonious blend of minimalism and ergonomics. The phone, which fits well in the palm, is designed with the needs of the user in mind. This phone concept, which is based on rolling screen technology, aims to redefine the interaction between the device and the user.

When the screen is curved, the phone looks like a Stick, at which point it is possible to access frequently used applications such as calls and messages on the front screen using the thumb. While a thin and long touch screen welcomes us, the phone turns into a large screen phone at the touch of a button.

Similar designs come from different smartphone manufacturers, especially Oppo, but they are currently only at the concept stage.

Assassin’s Creed Vallhalla: How to get Isu’s publication