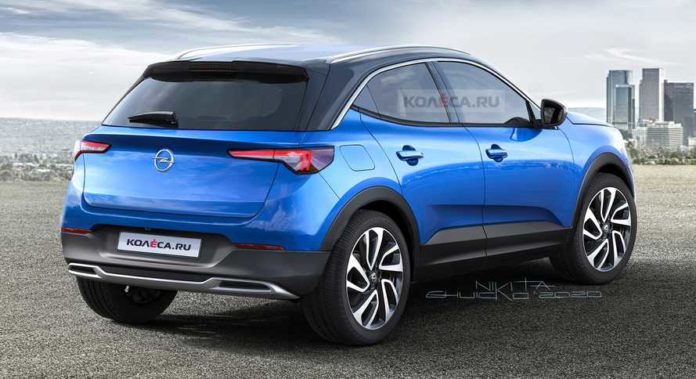 The new Opel Mokka, whose spy photos were shared earlier this month, seems to have a brand new design compared to its predecessor. A company has signed an impressive concept design that shows what the highly anticipated vehicle will look like.

French PSA, which owns Fiat Chrysler Automobiles (FCA) and brands such as Opel, Peugeot and Citroen, officially merged, shaking hands on the 50/50 percent partnership model last December. The marriage of the two companies led to some important changes in the production of future models.

One of the first models affected by the merger, the new Opel Mokka will be available with the EMP1 (CMP) platform. There will be those who know; The platform also provides infrastructure support for the Opel Corsa, Peugeot 208 and the new DS3 Crossback. The new generation Mokka, which we recently came up with spy photos, will have hybrid and 100 percent electric motors thanks to the new platform.

Concept design prepared for 2021 Opel Mokka
According to the information provided by Motor1.com, the vehicle will most likely be equipped with an engine producing 136 horsepower and a battery pack of 50 kWh. The driving range of the new Opel Mokka is estimated to be approximately 300 kilometers.

A company called Kolesa signed a new concept design for Mokka, based on previous rumors and leaks. Inspired by recent models such as Crossland X and Grandland X, the design dreams of a curved ceiling design in 2021 Opel Mokka. We have also seen the detail in spy photos.

Opel was planning to introduce the next-generation Mokka by the end of 2020, but the COVID-19 outbreak could put stones in the plans of the German brand. The year 2021 is indicated as the date when the vehicle will hit the roads.

God of War’s System Requirements Have Been Revealed!