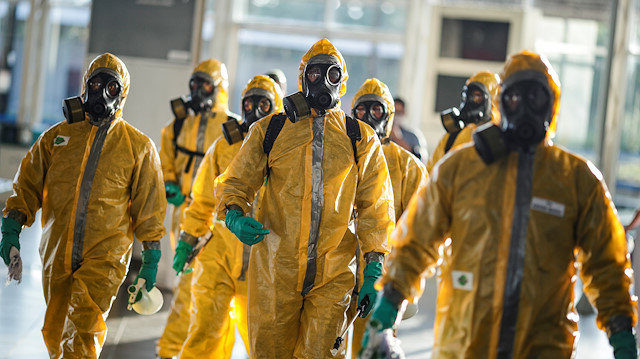 The scope of the measures taken against the coronavirus epidemic that is affecting the world is increasing day by day. The experts, who warned that the social distance should be maintained, stated that there are rules to be followed while doing sports.

Sports activities such as running, walking, cycling due to the coronavirus epidemic were exempted from restrictions in most countries where the quarantine was applied. In a study conducted by Belgium’s KU Leuven and Netherlands-based TU Eindhoven universities, it emphasizes the importance of avoiding the air flow that the person on the move leaves behind while doing sports.

Researchers at universities reached the conclusion after the simulations they created in this study. In the study, the saliva particles that were created side by side with those behind each other on the same line as crosswise, were simulated.

The results after the research were revived with the help of motion graphics. According to these results, cloud clusters consisting of droplets left behind by the runner are clearly visible.

Professor of the research team. Bert Blocken said that he left particles behind, not only as a result of movements with a stronger reflex, such as coughing or sneezing, but also while breathing in sports. Blocken stated that the droplets left behind by the person in motion immediately fell to the ground, but this could also stick to the clothes on it, depending on whether the person behind was close or far. According to simulation, the fact that people who do sports are on the same line in a row increases the risk of getting infectious diseases.

The researchers state that the safe distance between those who walk on the same line between people is at least 4-5 meters, and those who are jogging or cycling should be 10 meters.

Everything we know about the ‘Goo Hara Law’

Apple is cornering: Russia after China!

Ice Melts Due to Climate Change Reveal Some Secrets of Vikings