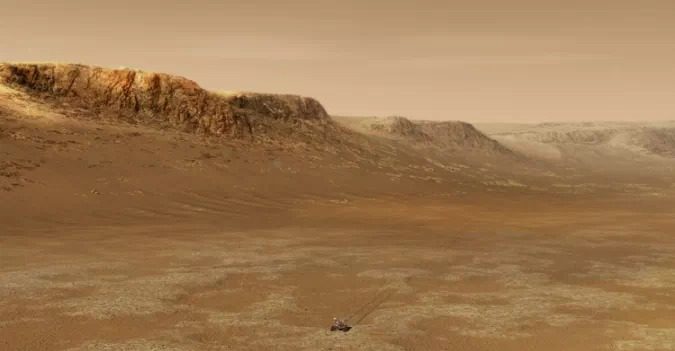 NASA launched the spacecraft named Perseverance to the surface of Mars last week. The institution also carries out other studies on Mars. A study by NASA and the German Space and Aviation Center has been ongoing since 2019. In this research, various fungi and bacterial organisms in the Earth’s stratosphere are examined. The research in question is conducted under the name of MARSBOx.

The researchers underline that microorganisms can temporarily live on the Martian surface. However, it is also underlined that the sports have been revived after the return to Earth. The mushrooms sent to the stratosphere in an aluminum container called MARSBOx were stored in two different layers. While the radiation effect was prevented in one of these layers, no radiation was blocked in the other. Thus, it was possible to observe the effects of radiation as well as environmental factors.

So what does it mean for these microorganisms to survive in the stratosphere? Katharina Siems from the German Space and Aviation Center used the following statements: “We need to see how microorganisms linked to humans will survive on long-term and manned journeys to Mars. Some of these are among the possibilities that pose a risk to astronauts. In addition, some microbes can play an invaluable role in space exploration. Thanks to these microbes, food and material can be supplied independently from the world. ”

Last year, NASA demonstrated its sensitivity to protect Mars and the Moon from human-borne diseases by updating its policies. The institution is concerned that the diseases that may be brought from the world will adversely affect life in space. In addition, microbes that may come to Earth from space are also considered as potential hazards. These kinds of experiments are important in terms of seeing the problems in space exploration.

Konami makes a Silent Hill again but it is a slot...