Home Tech An important rumor ended with the test that 2020 iPad Pro has... 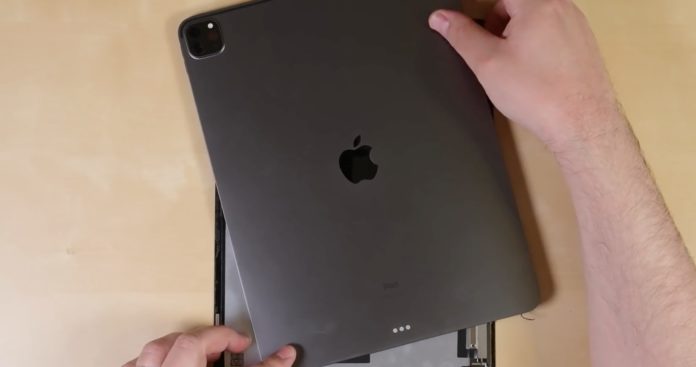 Rumors raised before the 2020 iPad Pro was released were that Apple’s latest generation tablets will use the U1 Ultra Broadband (UWB) chip. Removing the cover of the new iPad Pro, iFixit made the components under the lens and made sure that the device lacked the UWB.
The new generation iPad Pro model of the US technology giant Apple has recently lifted the secret curtain. The 2020 iPad Pro, which blurs the line with laptops from good to good, comes with many impressive features such as trackpad support, 10-hour battery life, dual camera system and A12Z Bionic Chip.

Earlier rumors were that the next-generation iPad Pro will support Ultra Broadband (UWB) technology. Capable of transmitting more data over a period of time compared to traditional technologies, UWB only works at short distances. The technology, which was introduced in the iPhone 11 series introduced in September, seems to have not found itself in the 2020 iPad Pro model.

IFixit, a company that specializes in smartphone repair, lifted the cover of the new iPad Pro and scrutinized its components. Contrary to expectations, the company revealed that the device does not have a UWB chip, thus putting an end to a long-standing discussion.

Although the U1 chip does not offer additional features beyond AirDrop, it may be at the heart of future Apple features or products such as AirTags or augmented reality-powered indoor navigation. Still, it is a big wonder why this component in the iPhone 11 series is not on the new iPad Pro. You can find out all about Apple’s next generation tablet from our news.