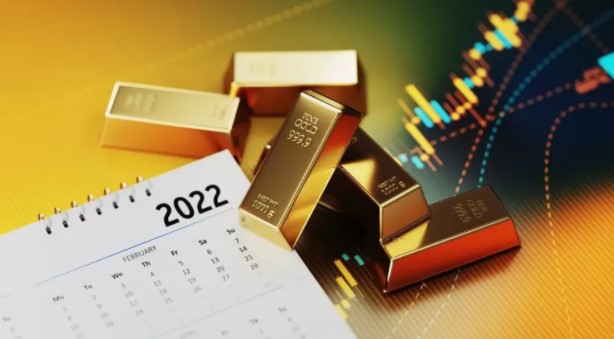 Gold prices rise above $1,800 again: Will it continue?

The ounce price of gold, which fell back to around $ 1,789 with a loss of almost $ 60 from $ 1,848 levels last week, seems to have slightly exceeded $ 1,800 at the time of writing. The precious metal opened this morning at 1.790 levels. On January 26, US dollar and Treasury yields rose after Federal Reserve Governor Jerome Powell signaled a rate hike in March, while gold prices pushed losses to a one-week low.

That brought US 10-year yields closer to one-week highs, while the dollar rallied to its strongest level in more than a month. The inverse correlation between the dollar and gold is known to many. Meanwhile, the famous financial institution Societe Generale conveyed its comments on the year 2022. The bank, which has created three scenarios in total, thinks that the following developments will occur:

Scenario one: Societe Generale gives this scenario a 50 percent probability, expecting gold prices to rise to $1,900 in the second quarter.

The second scenario: In this scenario, which is given a 25 percent probability, he thinks that there may be a decline in gold prices with the spread of the vaccine and the relief of the economy. It is stated that gold prices may decline to $ 1,700 as a result of the decrease in risk aversion sentiment.

Third scenario: In the last scenario, given a 25 percent probability, the assumption that the central bank will keep interest rates low is the main factor. In such a case, the bank predicts that gold could rise to $2,100.

Attention These 57 Altcoin Investors: Here’s What To Happen This Week!