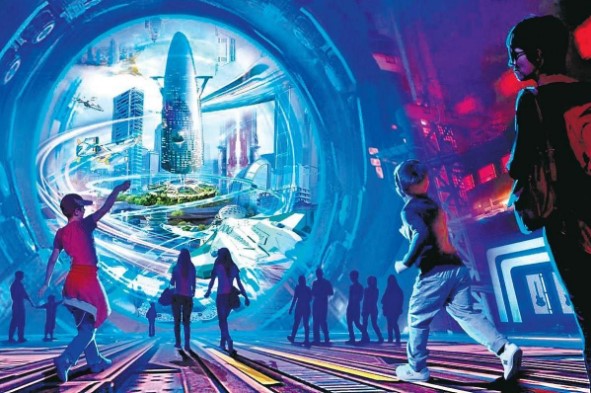 South Korea’s Ministry of Science and Future Planning has announced that it will invest KRW 223.7 billion ($186.7 million) in this space to support the growth of digital content and corporate growth within the country, and to create a broad Metaverse ecosystem.

South Korea To Invest $187 Million To Build Its Own Metaverse

The South Korean Ministry of Science and Future Planning said in an official statement on February 27 that the funds will be spent on completing four key goals to create an all-encompassing Metaverse ecosystem called the Expanded Virtual World.

The government agency plans to use its Metaverse as a platform to expand the virtual industrial growth of cities, education and media.

Creators will enjoy support on multiple fronts to attract the right talent to help build the platform. However, the ministry said that this metaverse, which is planned to be developed, will host community-oriented creative events, a Metaverse developer competition and a hackathon.

In his statements, Kim said that the private sector is actively investing in the metaverse market, so he thinks that there is no problem in the government’s funding of this area, and continued his statements as follows;

“What the government should pay more attention to is the regulations in these areas. So much so that broadcasting NFT games and issuing tokens is prohibited in Korea.”

Aiming to Create a Metaverse Ecosystem

Park Yungyu, Head of the Ministry’s Communications and Policy Department, said in a statement that this initiative to create a Metaverse platform is part of the broader “Digital New Deal” in South Korea. According to Park, the Digital New Deal is a set of policies designed to stimulate the growth of digital technologies.

So much so that Park said in his statements;

“It is important to create a world-class Metaverse ecosystem as a starting point to heavily promote a new hyperconnected industry.”

The ministry also expects its Metaverse to have a global reach, as over time there will be seamless access to South Korean companies. It plans to support corporate growth by offering financial support and technological development.

In addition, the Seoul municipality has been exploring options for a public Metaverse space since last year. Last November, tentative plans for a “Metaverse 120 Center” were announced.

Analyst Appeals to Altcoin Investors: this will increase by 3 times!

Is Hope Losing For Bitcoin (BTC)? Attention To These Data!