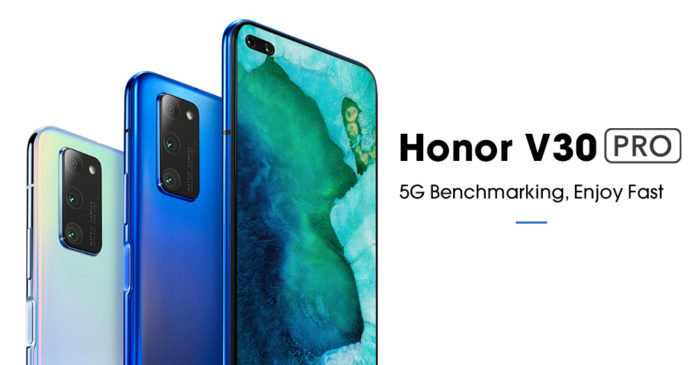 Twitter user @ RODENT950, who frequently shares information about Huawei, made a share for Honor this time. According to the estimator’s claim, the Honor 30 series phones will be on the shelves in April.

Chinese smartphone maker Honor apparently is after speeding things up. Probably, in the first half of the year, the intense calendar of its competitors, both inside and outside the country, pushes the company to keep it fast.

The company’s Honor 20 series smartphones were launched in June of last year. According to a claim made on Twitter, the company will not wait so long this year. New phones will be released in April.

Sharing the information on Twitter was the Twitter user named @ RODENT590, known for providing information about Huawei. According to him, this year the Chinese company will not wait for June, and will introduce the Honor 30 series in April 2020.

Honor will thus prevent the gap between its rivals such as Samsung and Xiaomi, which will release their phones in the February / March period. The first half of the year will be full in terms of flagship phones.

Honor trusts Kirin
Although we don’t know much about the new Honor 30, we can assume that the phone will come with at least the Huawei Kirin 990 5G processor. There are very organic ties between the two companies, and the Kirin 990 is already an award-winning processor. Kirin 990 5G, which is regarded as one of the best processors in 5G, managed to win the “5G Processor Award” at the China Mobile Conference.

Honor 30 will come with a camera with high resolution and number of pixels. The question is which company will be the camera of this camera. We can see one of the 64 MP sensors of Samsung and Sony on this phone.

Like other flagship phones, the Honor 30 will have a high screen refresh rate. While the phone’s screen speed is expected to be at least 90 Hz, features such as wireless charging and a fingerprint reader embedded in the screen may also be included.

An Espresso Machine Inspired by Porsche 911 Made