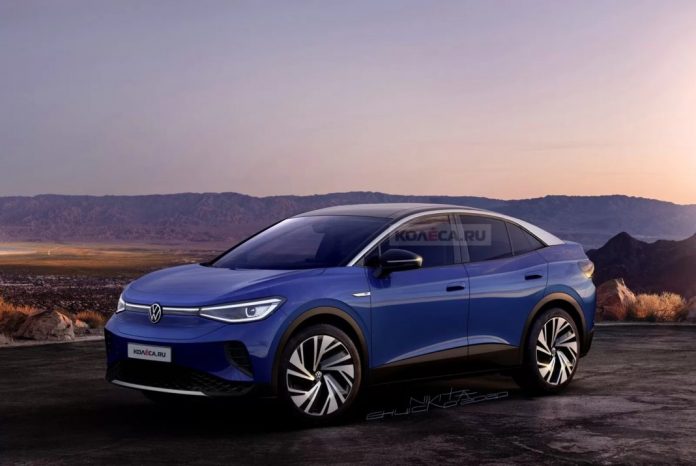 Volkswagen has confirmed that the next electric vehicle, ID 5, will begin production in Germany in the second half of 2021. The automaker announced that the production of the first pilot series of the ID 5 has already begun in a tweet.

ID 5 will be the coupe, in other words sports version of the compact SUV model ID 4. ID 4 was also on sale in Europe, China and North America towards the end of last year. ID 4 will be the first model in North America to feature VW’s modular MEB electrical architecture. The predecessor of this car, ID 3, was sold only in Europe.

Meanwhile, Volkswagen says the ID 5 may not go on sale in North America. Speaking on behalf of the company, a representative noted that there are no concrete plans yet to bring this car to the US.

In the rough translation of the tweet, “Official: # VWID5 on # VWID3 & # VWID4! As announced by #VW boss Ralf Brandstätter, who spoke to @WN_Wolfsburg, the coupé will be produced in the SUV # # Zwickau. Sunday launch: 2nd half of 2021! Tests continue with the first pilot series… #mobility. ” is called.

The ID vehicle family will not be VW’s first move towards battery-powered powertrains. The e-Golf was first launched in 2012, but production was discontinued in 2020 as the automaker shifted its focus to MEB-made vehicles. The Taycan, VW subsidiary Porsche’s first fully electric sports car, went on sale in 2019. The E-Tron, the first battery-electric SUV of Audi, owned by the Volkswagen Group, was launched in 2018. All these vehicles play an important role in VW’s effort to dominate the rising electric vehicle market.

On the other hand, these electric cars are of great importance in helping VW overcome the bad reputation of the Dieselgate scandal that erupted six years ago, when it was accused of installing illegal software on 11 million diesel cars to trick emission tests.