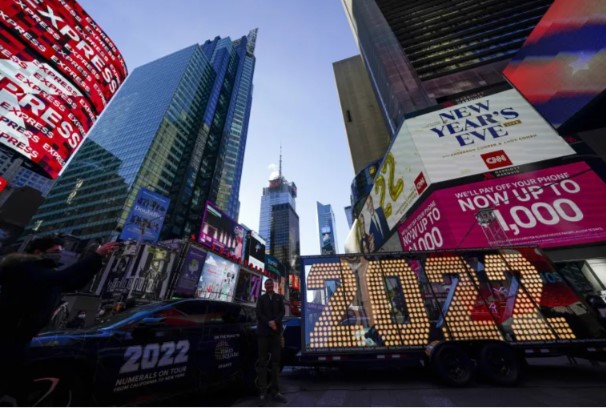 While the adoption of cryptocurrencies is growing, there are many events in the market supporting this situation. According to the announcement, an advertisement for the popular Algorithand altcoin project will be published on the famous New York Times Square. Here are the details of the news in question…

The ads that ALGO will broadcast are expected to have a big impact.

It is believed that advertising on the crypto market attracts people to the industry more. A similar advertising project will be conducted by the team of the popular Algorithand altcoin. The Altcoin team said in a statement last Monday that electricity will be cut off in the world-famous Times Square in New York City on April 21 to raise awareness about the environment.

About 1 hour before this planned power outage, an advertisement for the altcoin project will be published, urging people to be careful of the environment. On the other hand, Algorand’s efforts to encourage people to be more environmentally conscious come at a time when the crypto industry is in the spotlight of criticism regarding energy and carbon emissions. The reason for this is that the Proof of Work mechanism used by leading blockchains such as Bitcoin and Ethereum is less sensitive to the environment in terms of energy use compared to new systems used by blockchains such as Algorithand.

The purpose of Altcoin advertising is to destroy Prejudice

According to the statements of the Altcoin team, the advertisement aims to destroy the prejudices of Blockchain technology regarding the use of energy. Stacy Worden, CEO of the Algorand Foundation, states that this ad is designed to eliminate many people’s preconceptions about carbon emissions as a result of using blockchain technology. Making a statement about this, the CEO of ALGO states the following:

Thanks to developments in blockchain technology, we want to raise public awareness that networks such as Algorand are much more environmentally friendly and sustainable than first-generation Proof of Work blockchains. In addition, we strive to convince the public that the next-generation blockchains are much more environmentally friendly than the traditional banking and financial sector.

Stacy Worden, CEO of the altcoin Foundation, also states that by darkening Times Square for 1 hour, 6,500 kilowatt-hours of electricity will be saved.

We are setting the level for other altcoins. We want them to see that the blockchain is energy efficient and capable of performing complex transactions with accuracy and security.

Binance Lists 2 New Altcoins! Prices Are On The Rise