Home Entertainment Import animated stickers in WhatsApp: How to do it 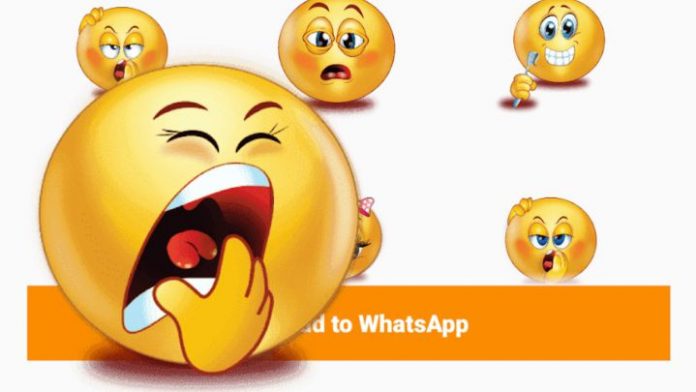 Created in Japan like emojis, stickers began being developed for the messaging app Line and in 2013 they began to go out of Asia to penetrate western social networks and services, and themselves are a mixture of drawings and emojis similar to smileys with which we can either represent an action, an emotion or simply place a king’s crown on a photo of our dog.

The problem was that an element with as many possibilities as the animated sticker fell short in scope, since until now you only had the official packages that were available from the application itself, although some apps from the different Internet stores helped you install them. But that’s over, because WhatsApp decided to open the doors to Third Parties, and now any content creator can upload a pack of animated stickers, and you can download them to your WhatsApp at once, without saving them one by one.

We learned about this measure at the beginning of the current month of March, although at the moment it was only being tested in Brazil, India and Indonesia. But today, WABetaInfo experts have announced that WhatsApp extends this new option to everyone, including Spain. And it does so now, between today March 25 and the early morning of March 26.

How do we import the Animated Stickers packs? Right now it is done like this:

Open any individual or group chat on WhatsApp
Next to the text box where to write the message, press the emoji icon, and below, where you have to choose between emojis and GIFs, the option Stickers will also appear
To add new sticker packs, press the ‘+’ icon next to the one you want to download, and wait for confirmation
If you want them animated, you will recognize them because right next to the name they have the ‘Play’ or ‘Play’ icon. Enter to see them in motion before taking them down.

As we know, we can create stickers for WhatsApp using external applications, such as Sticker Maker, an application that already has support for the function of generating animated stickers, from videos and GIFs: simply download the app, create a pack of stickers and choose a video or GIF of your camera roll. Sticker Maker will automatically convert it to a webp file, ready to be imported into WhatsApp.

If you have problems when importing sticker packs that contain static and animated stickers, it is because they contradict one of the rules that WhatsApp imposes for its new function:

A sticker pack can only contain static or animated stickers
A sticker pack must contain at least 3 stickers, otherwise it cannot be imported.
Stickers have a certain maximum file size -Sticker Maker will help you automatically compress the sticker, preserving its quality.