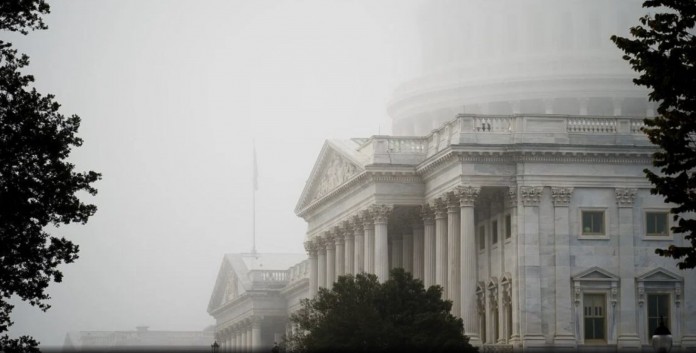 The Biden government’s $1 trillion infrastructure package passed the Senate at the beginning of August, and the House of Representatives last week with 228 votes to 206 against. If US President Joe Biden signs it, and there is no reason why he shouldn’t, the package, which includes taxation clauses related to cryptoassets, will become law. I think it’s important to review some of the items in this pack:

As it is known, the infrastructure package was first discussed in the Senate and was accepted by 69 votes to 30 on 10 August. Afterwards, the summer break was expected to end in order for the law to be approved in the House of Representatives. The Biden government has included a clause in this law that it thinks will contribute $28 billion so that some of the costs in the package can be covered by taxes. Since this article is related to crypto assets, it has brought serious discussions in the crypto money industry.

The part that attracted the most attention and worried everyone was that the definition of intermediary was very broad and was expressed in a way that covers not only crypto exchanges but also miners. The fact that the persons and institutions that are required to file tax declarations are defined and taken under responsibility in a very broad way seriously threatens the implementation of this change in accordance with the law. Although some senators (Ron Wyden, Pat Toomey, Cynthia Lummis) made proposals to change this problematic part of the law, these changes had to be approved by all senators due to the procedural rules in the Senate. Only one senator, Richard Shelby, voted against the amendment, although he was not against it, as he could not add the military expenditures he wanted to the package.

As such, the bill was sent to the House of Representatives. The general expectation in the crypto industry and social media was that these changes would be reconsidered. However, as I stated at that time, the article related to crypto was not of serious importance for the Biden government. There were even greater obstacles to the passage of the package, as the consolidation within the party was weak. For this reason, the Biden government naturally focused on these obstacles and spent its energy completely on the passage of the package. This is why a pressure group to change the crypto-related part could not be formed.

Eyes now on the IRS and other government agencies

The part that we need to pay attention to here is how this article will be interpreted by government organizations. Although the definition of intermediary ‘broker’ is very broad, we do not yet know how the tax collector, the IRS, will interpret the article in this law. However, the main problem here is that this article is open to interpretation. Maybe this time it will be interpreted in a limited way and it will not cause a problem, which is the expectation, but it has opened the way for future presidents and governments to interpret it differently.

Article 6950I imposes obligations that are impossible to implement

Another issue that is included in the package and that is noticed a little later is the responsibilities in article 6950I. The law introduced by the Proof of Stake Alliance (POSA) that includes tax amendment related to tax filing brings almost impossible responsibilities for the crypto world. According to the scope change based on the regulation about 40 years ago, if the interpersonal money exchange is over 10,000 dollars, the person receiving the money has to provide the personal information of the person giving the money (name, surname and social security number) and declare it in the tax declaration. If he does not report it, he is considered a ‘serious criminal’. According to the new change, this responsibility also applies to crypto exchanges. So, if someone sends a crypto asset (including NFT) over $10,000 to another person, they also have to provide the sender’s personal information. As might be expected, this change is nearly impossible to implement. In this case, will those who carry out the transfer process be guilty or will it not be interpreted in this way because it cannot be applied? We will find out the answer to this question after the law is passed. However, it should be noted that in the future, a determined administration to ban cryptocurrencies may interpret this article differently, that is, without the need for an additional law, to impose a ban.

One argument related to the above issue is that this amendment is unconstitutional. It may not be unconstitutional since the bank acts as an intermediary when it comes to the government’s money (fiat currency). However, according to Coin Center Research Director Peter Van Valkenburgh, since a central institution is not used in crypto assets, a court decision is required according to the fourth amendment of the constitution for government institutions to access this information.

Finally, let’s consider the impact of this change on cryptoassets. In the US, there is a discourse against the interventionist and powerful state led by the Republican section. According to this discourse, the most fundamental issue that will enable Bitcoin to gain value in the long run is the monetary expansion policy of the states. In other words, printing money. While the value of money decreases with the money printed, the value of the assets with a limited supply is expected to increase. According to the comment of Anthony Pompliano, who is very famous in the crypto world, the prices of investment assets will increase thanks to this package.

BREAKING: The $1.2 trillion infrastructure bill was just passed by the House and will now go to President Biden's desk.

However, a comment needs to be made on this interpretation. As a matter of fact, there is no amount in this package, as in previous packages, to save companies that have sunk or are going bankrupt. This package, which mostly includes infrastructure expenditures (renewal of roads and train tracks), will have very limited impact on increasing the value of investment assets as it will increase the workforce and support the middle class. In addition, another package, which covers $ 2 trillion, includes child care, tax cuts per child, investments in preschool education, and similarly, social assistance to lower income classes rather than saving companies. For these reasons, I do not think that these two packages will have any impact on the price of direct investment assets.

Bitcoin Defender Famous CEO Bought These Coins From The Bottom!

In 2022 These Metaverse Coins Could Pump!