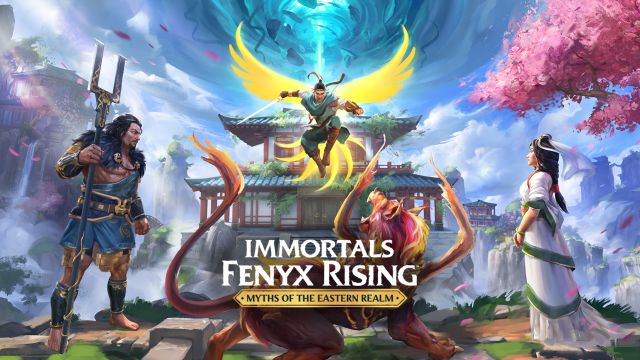 After A New God, Ubisoft presents Myths of the Western Kingdom, in which we will move to the lands of eastern deities.

Immortals Fenyx Rising continues with its post-launch plan, which goes through three story expansions. Following the premiere of A New God, a direct continuation of the original game from the creators of Assassin’s Creed Odyssey, Ubisoft Chengdu is about to release Mythos of the Western Kingdom. This has been confirmed by Ubisoft, which has revealed that it will be next March 25 when we can enjoy this new story, which, how could it be otherwise, will be accompanied by numerous puzzles.

Although there are still a few weeks left until launch, players can embark on a first free mission, titled We Are Not Alone. In this new mission, we will have to overcome a new test full of platforms in the clouds. Of course, it will not be necessary to overcome it to be able to live the next adventure.

In the second expansion we do not handle the protagonist of the original game, but we will put ourselves in Ku’s shoes. Inspired by Chinese mythology, we will leave the Greek Pantheon behind to enter a totally new world. Exotic creatures, special powers and more await.

Immortals Fenyx Rising is an open-world adventure that uses mechanics from Assassin’s Creed Odyssey, although it is a product that combines elements of exploration in the style of The Legend of Zelda: Breath of the Wild. Action and combat is a main element, although Ubisoft Quebec has experimented with puzzles, essential to advance in the different challenges that are proposed.

The video game is available on PS4, PS5, Xbox One, Xbox Series X, Xbox Series S, PC, and Google Stadia. Those who have the previous generation version have the possibility to update completely free of charge. The game introduces two graphics modes in the new generation, one of them focused on performance and the other on resolution.