Home Entertainment Immortals Fenyx Rising targets sequel, but it’s up to the players 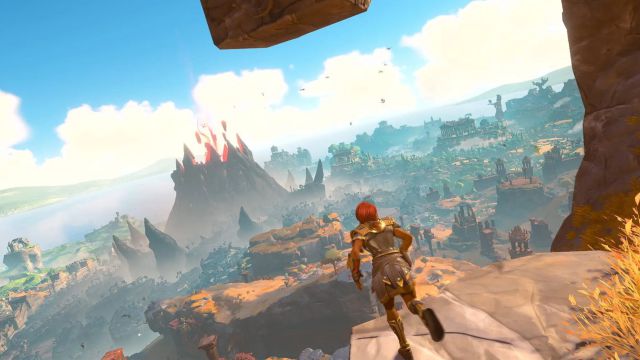 Immortals Fenyx Rising: The expansion plan will be completed with Lost Gods, a content that will renew the title at the playable level.When Ubisoft Quebec finalized Assassin’s Creed Odyssey, the Canadian-based developer thought of a new intellectual property. Without leaving classical Greece, the studio unveiled Immortals Fenyx Rising, a production that was originally announced as Gods & Monster, but which later changed its name. This adventure, which mixes exploration, combat and puzzles, has not yet announced a sequel, although Ubisoft would like it to happen. However, it depends on the players.

Speaking to Nintendo Everything, director Julien Galloudec has addressed this issue directly. “The good thing about the creation of the game and the IP is that it has been much more organic,” he says in the interview. When they were finalizing development on Assassin’s Creed Odyssey, they considered what to do next. They wanted to “explore Greek mythology more”, but from a different perspective. “The goal for a long time was to make sure we do something great,” a product that was “new” and could become a new series. “But recently we are thinking about what to do to expand that universe.”

They have not decided the next step yet

Through the DLC, the developers have been able to expand their proposal with new characters, locations and stories. For this reason, they have specifically focused on delving into that entire universe through downloadable content. “After that, it all depends on the players, so we hope everyone who tries it will like it.” According to Galloudec, they hope that users will give them “the opportunity” to go further with the saga.

Immortals Fenyx Rising is available on PS4, PS5, Xbox One, Xbox Series X, Xbox Series S, Nintendo Switch, PC, and Google Stadia. Lost Gods, the third expansion, will modify the battle system and will introduce us to a new hero, who will have to search for the gods who left after a fight with Zeus. It will be available on April 22.

Gamescom 2021 Will Also be a Fully Digital Event