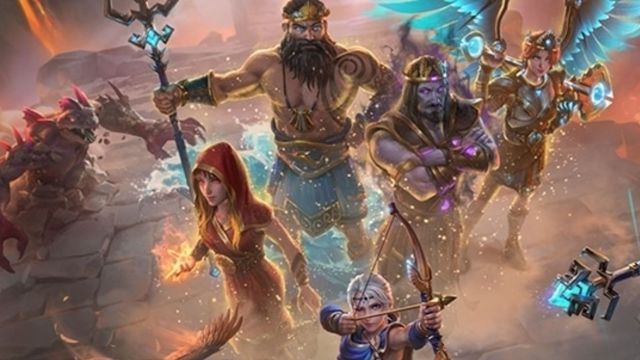 Immortals Fenyx Rising: The Ubisoft Quebec Adventure Season Pass culminates with this third great content, which introduces a new combat system.Classical Greece returned to video games at the hands of Immortals Fenyx Rising, a production of Ubisoft Quebec, the creators of Assassin’s Creed Valhalla. The developer expanded the story through various paid story content: after A New God, which continues directly with the events of the base game, the title moved to a different setting with Myths of the Eastern Kingdom. Now, the third expansion is already available for all those who have purchased the season pass. It is about the Lost Gods, whose launch trailer you can see below these lines.

In Lost Gods we manage Ash, who will have to travel to the mysterious island of Pyrite to find and gather some wayward gods. The truth is that the Olympian deities had a very unfriendly quarrel with Zeus, so they decided to leave once and for all. They are Poseidon and Hades, who of course will not be easily swayed. The game introduces a new brawler-style battle system and a new perspective from above.

Immortals Fenyx Rising was released in December 2020 for PS4, PS5, Xbox One, Xbox Series X, Xbox Series S, Nintendo Switch, Google Stadia, and PC. Will there be a sequel? At Ubisoft Quebec they are inclined to do so, but everything will ultimately depend on the response of the players. The study is now considering what to do in the future to expand the universe, so we will have to wait for the ideas to crystallize.

Although the Nintendo Switch version was a big challenge for Ubisoft, the team planned to develop this version from scratch. The goal was for the gaming experience to be the same on all platforms, although taking advantage of the particularities of each of the platforms.

Final Fantasy VII: The First Soldier Has Live Confirmed for May