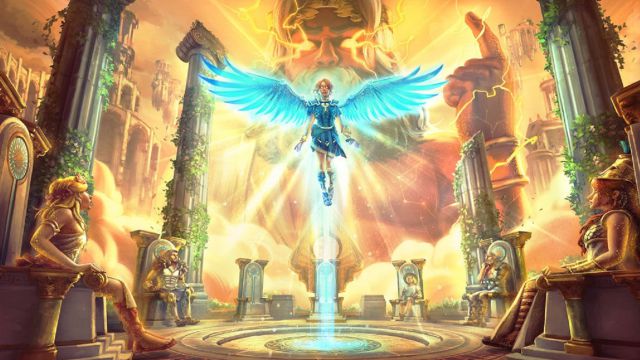 The Ubisoft Quebec title expands its story with A New God, now available as part of the season pass. Immortals Fenyx Rising’s first expansion, A New God, is now available on all platforms globally.

This was announced by Ubisoft in a press release in which it has also reported that players will enjoy a free demo, which can be downloaded on all platforms on which the game has been released. In this way, those interested will have the opportunity to put themselves in the shoes of Fenyx to fight against the mythological forces controlled by the fearsome Typhoon.

In Immortals Fenyx Rising: A new God, which is part of the season pass, although it can be purchased separately, we return to handle our hero or heroine. Fenyx must complete the Trials of the Olympians to gain a foothold within the pantheon of deities. The new expansion will allow users to explore the Palace of Olympus, use new game mechanics and overcome the different puzzles that arise. How could it be otherwise, we can also find unpublished pieces of equipment, improvements and abilities.

These are the new skills that are incorporated into the DLC

Immortal Field Breaker, Athena’s Onslaught upgrade: Players will be able to traverse the Immortal Fields and deal more damage when charging.
Colossal Strength, Heracles Strength Upgrade: Players can handle oversized objects and deal greater damage when thrown.
Gust of Wind, Ares Wrath Buff: Fenyx’s grapple charge creates a stream of air that lasts for a few seconds, so players can rise higher to strike.
Phosphoros’ Swap: Players can swap their positions with a decoy in exchange for a resistance block.
Immortals Fenyx Rising is a third-person adventure game that relies on puzzles, battles and platforms to deliver a lighthearted and humorous story. It went on sale last December for PS4, PS5, Xbox One, Xbox Series X, Xbox Series S, PC and Google Stadia.

Somag News is an online international news platform that founded in 2019 with a dynamic news team.Our news team includes reporters that has a speciality in different fields from each other.
Contact us: [email protected]om
MORE STORIES