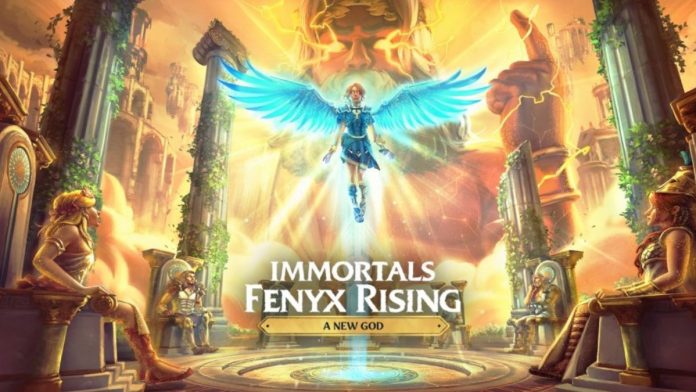 The first Immortals DLC, part of its season pass, appears on the Nintendo Switch eShop detailing its release date, price, and content.

Although Immortals Fenyx Rising had announced its intentions to release several DLC (even before its release), we did not know the details regarding its date and price, something that has just changed. The Nintendo Switch eShop has been updated with the product page of the first of these downloadable content, thus surprising Ubisoft. According to the console’s digital store, the first Immortals DLC will go on sale on January 21, 2021 at a price of $ 22.95. It will be called “A New God” and it will propose to us to live a new set of adventures in the Palace of Olympus with the aim of overcoming the Judgment of the Olympians. “Like Fenyx, we will have to win the tests to join the Greek pantheon and fulfill our destiny,” reads the description of the store. The DLC will also be accompanied on Xbox One and PS4 with its own set of achievements and trophies, having already revealed what they are:

This first DLC is part of the Immortals Fenyx Rising season pass, which costs 39.99 euros and offers access to two more stories, still without a release date. These stories, of which Ubisoft already offered a small preview, are “Myths of the Eastern Kingdom” (set in Chinese mythology and starring Ku, a new hero) and “The lost gods” (of which it is not yet known too much information aside from the name of its main hero, Ash). With the purchase of the season pass we will also receive “When the going gets tough”, an extra mission available from launch day.

But those who are not very fond of downloadable content should not worry either, because as we anticipated in our analysis (where it received an 8.5 grade), Immortals Fenyx Rising has base material to bore and its world does not stop adding things to do. The game is constantly updated with new daily missions, challenges, and weekly dungeons. One of the many reasons to give it a try, and more so at the price that’s in the Nintendo Switch New Year’s Sale.