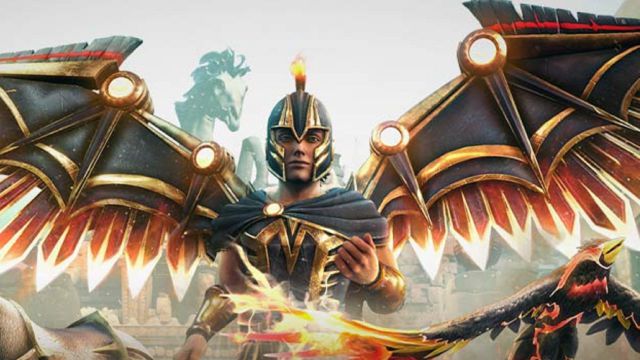 Players of the latest work from the creators of Assassin’s Creed will be able to enjoy a special mission for a limited time.

The title of Netflix’s new animated series (Blood of Zeus) makes clear the thematic similarities between the series and Ubisoft Quebec’s new work, Immortals Fenyx Rising. The French developer has announced that users of this title set in mythological Greece will have the opportunity to access a limited-time event as a result of the collaboration between both fictions. As it is, players will immerse themselves in a mission inspired by the series. How could it be otherwise, there will also be new character and weapon packs available for purchase.

Those who want to access this content will have to do so between January 21 and 28, the time period reserved to complete the mission A Tribute to the Family. This content will invite us to face evil creatures from another world, nothing more and nothing less than the fearsome Chimera and Cerberus. Upon completing the quest, players will earn an eagle pendant and new customization options inspired by Blood of Zeus.

Ubisoft, a company that has established a strong relationship with Netflix (sagas such as Assassin’s Creed or Splinter Cell will make an appearance on the platform), has also revealed a new weapon pack that incorporates themed skins of the series for the sword, the ax and the bow. As for the character pack, we can get Alexia’s skin, which includes armor, helmet, wings, mount and the Phoenix companion of Blood of Zeus. Unlike the main event, these items will not disappear at the end of the period, so they will be available in the store at all times.

Immortals Fenyx Rising is an open-world adventure that mixes mechanics from Assassin’s Creed and The Legends of Zelda: Breath of the Wild, albeit with a plot tone that embraces the comedy genre. It went on sale last December on Xbox One, Xbox Series X, Xbox Series S, PS4, PS5 and Google Stadia. This year he will receive his three major season pass expansions.

A new feature for stories from Snapchat!