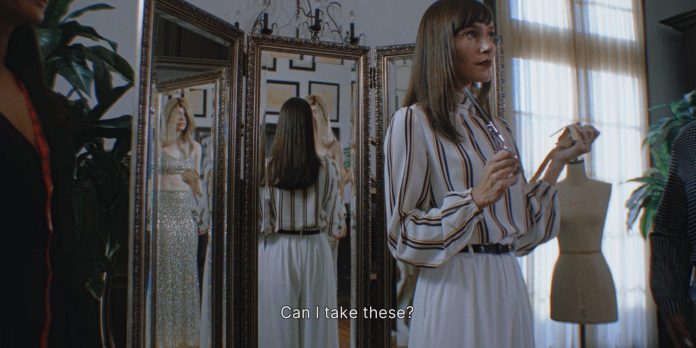 Sam Barlow has made a name for himself with FMV projects like Her Story and Telling Lies, but his latest project is the most ambitious. Immortality is another FMV—style game from Sam Barlow, in which players will have to find out what happened to actress Marissa Marcel. But there are many other characters in Immortality, and some of them also have achievements related to the disclosure of their destinies. Please note that there will be some SPOILERS for Immortality in this article, so proceed with caution.

The first thing players will need to do is unlock the “Minsk 17A” cassette. The Immortality players are left at the mercy of the algorithm to some extent, but what they will want to do is undercut the main character Marissa Marcel or Carl Goodman, her colleague in the film “Minsky”. It is also useful to click on the weapon. In any case, as soon as the players find Minsk 17A, they will want to watch it to the end. This will unlock the “What Happened to Carl Goodman” achievement, but this entry also allows players to get the “What Happened to Amy Archer” achievement.

Amy Archer is an actress who played in the film “Everything for Two”, which was filmed decades after Minsky, so no one would have thought that this tape of Minsky would be the key to this achievement, but it is. After watching “Minsk 17A” to the end, rewind the tape using the frame back button by pressing left on the Xbox Series X controller crosspiece. This will lead to a change in the scene, and the leading actors will switch places. Let this scene play out until it ends when the camera zooms in on the man’s eye.

Immortality: how to unlock the achievement “What happened to Amy Archer”

From here, start rewinding the tape, once again using the reverse frame function. Then move the tape forward using the fast forward function until the controller vibrates. Now rewind the frame again and the scene should change. Watch how this final scene plays out, and the achievement should appear.

Immortality has similar achievements that players can unlock by learning the fates of other characters in the game. This includes the character-directed by John Durick, as well as Marissa Marcel herself. Figuring out what happened to Marissa Marcel is the key to unlocking the end credits of Immortality, so that’s really the main goal of the game, but achievement hunters will want to do their best to find out the fates of the rest of the characters.

Immortality is one of the most challenging FMV games, and it has a whole list of achievements in which players have to open certain things or “collect” items by clicking on them. “What Happened to Amy Archer” is one of the most difficult achievements to unlock in the game, so getting it will help players on their way to 100% completion.

Immortality has already been released for PC and Xbox Series X, and a mobile version is also in development.

The TikTok phenomenon that waged war on vegans went viral!