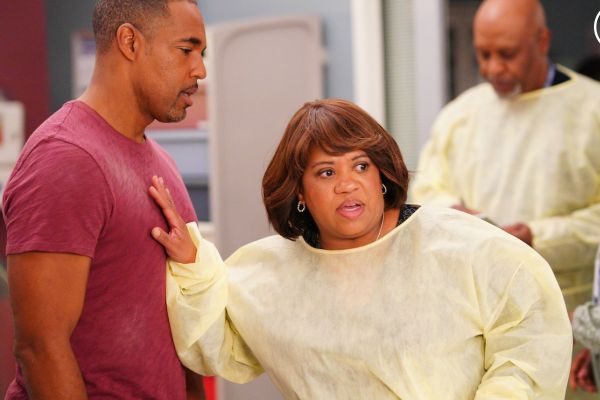 Miranda Bailey has a deep bond on Grey’s Anatomy with her mentor Richard Webber and copes with the stress of being a surgeon and administrator as well as a mother. There are several things that she has done that she would be very proud of, but some that she would not.

One of the most hated supporting characters in Grey’s Anatomy history was Eliza Minnick, the consultant Miranda Bailey and Catherine Fox hired to fix any problems with the hospital’s surgical residency program.

Eliza Minnick (Marika Dominiczyk) was widely hated, both by the other characters and by Grey’s Anatomy fans, and she exited the show after only one season. However, in that short time, she had already caused enough damage.

Bailey hoped to be named Chief Resident while she was still doing her residency at Seattle Grace. However, Richard Webber (James Pickens Jr.) ended up selecting Callie Torres for the job and Miranda Bailey didn’t take it very well.

In the end, Callie was removed from office and Bailey was appointed Chief of Residents. Sure, a little competition is healthy, but this wasn’t Bailey’s proudest moment.

Just as Bailey was the mentor to so many doctors, she herself had been mentored by Richard Webber, who had always believed in her. However, Bailey’s relationship with Webber, while very close, was not always smooth on Grey’s Anatomy.

Miranda Bailey snapped at Richard Webber when the latter tried to help her through a difficult phase when she was dealing with the revelation that she had infected several patients due to an infection she had.

Richard Webber had tried to be there for her, but the latter rejected her gestures, reminding her that he had been an alcoholic. This hurt Richard Webber who, after all, was only concerned about his friend and apprentice on Grey’s Anatomy.

What happened to actor Richard Schiff and COVID-19